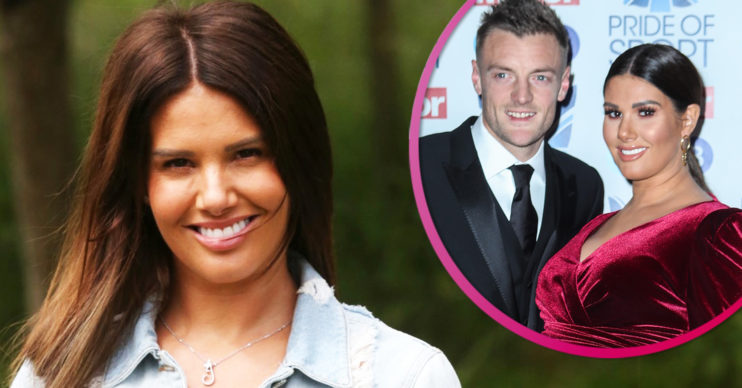 The WAG and husband Jamie Vardy are currently holidaying in Ibiza

Rebekah Vardy has given fans an insight into her idyllic family holiday in Formentera.

The 38-year-old is making the most of her summer break with footballer husband Jamie Vardy and their kids in the sunny Spanish hotspot.

Keen to put her libel case against Coleen Rooney to one side, Becky shared a string of photographs from their time abroad to her Instagram Stories.

The first showed a huge serving of seafood paella, while a second was of their stunning hotel surroundings at sunset.

The sun could be seen setting in the background of the shot as palm trees were dimly lit by blue lights.

While Becky didn’t share much else from their holiday, it certainly appears the Vardy’s are having a great time.

It’s also well-deserved break for Leicester City striker husband Jamie, 33, who is set to return to training ahead of the new football season in September.

Read more: Kate Ferdinand shares glimpse of getaway with husband Rio and kids on a boat

The new pictures comes days after Becky was forced to hit back at trolls, who called her “fat” and a “whale” during their getaway.

Rebekah, who welcomed the couple’s fifth child last year, opened up on the nasty comments after being pictured on a beach.

One troll said: “She’s not going to be a happy bunny when she sees those photos!”

Another wrote: “Slender figure? She is fat.”

Hitting back at the comments, Becky said: “REALLY is this what it’s come to??? I’ve not long had a baby.

“I’m perfectly happy with how I am but thanks for the endless nastiness on pictures I never asked to be taken.”

“Yes I have cellulite and what?? Who doesn’t… ffs. This needs to stop.”

It’s certainly been an eventful few months for Rebekah and fellow WAG Coleen.

The pair’s friendship soured last year when Coleen claimed Rebekah’s Instagram account was used to leak stories about her – something which Rebekah has fiercely denied.

Despite numerous attempts to resolve their issues, Rebekah is allegedly “determined to clear her name at any cost”.

Coleen has since released a statement through her lawyers.

In the statement, Paul Lunt, of Brabners, wrote: “It is disappointing that Mrs Vardy has chosen to issue court proceedings.