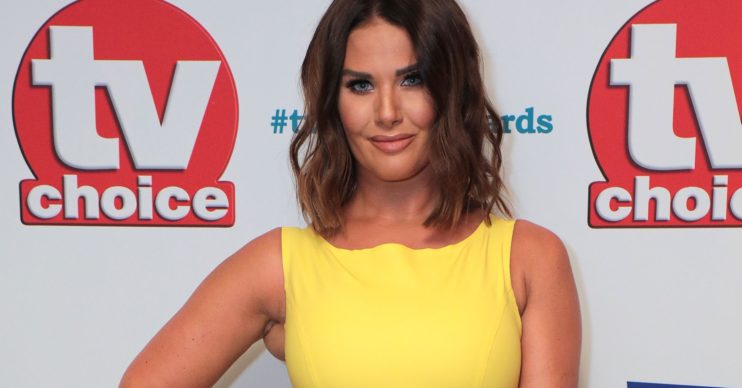 The WAG war rumbles on!

Rebekah Vardy reportedly wants a public apology from Coleen Rooney after she accused her of selling stories to the press.

The WAGs were supposedly meant to be having a Zoom meeting this week to try and avoid a costly legal battle.

However, Rebekah has apparently told her team she also wants Coleen to say sorry.

Read more: Rebekah Vardy in tears as she reveals she was hospitalised after Coleen Rooney row

According to reports, Rebekah doesn’t think she’s done anything wrong.

What does Rebekah want?

A  source told The Sun: “Becky is adamant she’s done nothing wrong and while she wants an end to this ongoing legal battle, she also wants to be vindicated.

“Becky has told her team she wants a public apology.”

Rebekah is apparently “hurt” that Coleen made the allegations on social media rather than in private.

However, according to reports, she doesn’t want the fallout to be “brushed under the carpet”.

Ent Daily has contacted reps for Rebekah for comment.

What did Coleen accuse Rebekah of?

Coleen, married to Wayne Rooney, made the explosive accusation against Rebekah back in October.

She claimed she suspected someone close to her of selling stories.

Therefore, she had been making fake updates on her personal Instagram, blocking followers one by one to work out who the culprit was.

And we all remember the amazing “It’s…………….. Rebekah Vardy” conclusion!

However, Rebekah immediately denied the accusations, as well as appearing on Loose Women in tears over the trolling she received.

How can they end the WAG war?

The WAGS were apparently due to hold an arbitration hearing via Zoom in a bid to avoid a costly court case.

Rebekah has reportedly ‘threatened to sue for libel’ while Coleen is ‘countersuing for breach of privacy’.

Meanwhile, a source told The Sun that the meeting was a ‘final roll of the dice to prevent a court case’.