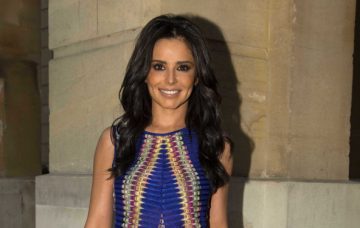 Liam Payne’s jet-setting career and being in the public eye could have made things “hard” for him and Cheryl, according to her best friend, Kimberley Walsh.

And in a new interview with OK! Magazine, Cheryl’s best pal and Girls Aloud bandmate Kimberley hinted that Liam’s global fame and travelling schedule could have made things difficult for the couple.

She also pointed out it’s tricky having a romance play out in the public eye.

“When you have a baby your whole being and whole life changes and for her obviously having a relationship in the public eye just makes it even harder and his career obviously takes him out of the country for long periods so it’s hard.”

Liam found fame on X Factor as a member of One Direction, who finished third on the seventh series of the talent show back in 2010.

After One Direction went on hiatus in 2016, Liam launched a solo career, with singles including Strip That Down and For You, with Rita Ora, and frequently travels the world to promote his music.

Cheryl, meanwhile, has kept a relatively low profile since giving birth to their son, Bear, in March 2017.

Kimberley told OK! Mag that she and Cheryl try to arrange play dates for their sons; Kimberley is mum to sons Bobby, three, and Cole, one.

She said: “Cheryl and I do try and get the kids together. I wish we could do it more but it’s hard with both our schedules. But we do make the effort so that they have a strong connection, because when you’re friends you just want your kids to be friends [laughs]!

“It’s crazy to think that 16 years ago we started in a band together and now we’re going through a whole other chapter of our lives together.

Cheryl and Liam announced their split in matching statements reading: “We are sad to announce that we are going our separate ways. It’s been a tough decision for us to make. We still have so much love for each other as a family. Bear is our world and we ask that you respect his privacy as we navigate our way through this together.”

They have not revealed a reason for their split, although Cheryl did hit out at “nasty” claims her mum was a factor.

She angrily said: “I can assure you she has absolutely nothing to do with any of it. I am a grown woman who is capable of dealing with my own life.

“She is a soft and kind woman who doesn’t deserve to be dragged into something that has nothing whatsoever to do with her.”

Romance between Cheryl and Liam blossomed in 2016 following her split from second husband, Jean-Bernard Fernandez-Versini.

She was previously wed to footballer Ashley Cole.

Has Cheryl and Liam’s split surprised you? Leave us a comment on our Facebook page @EntertainmentDailyFix and let us know what you think.