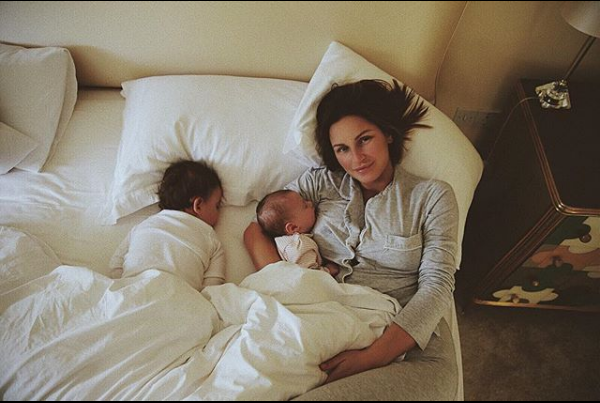 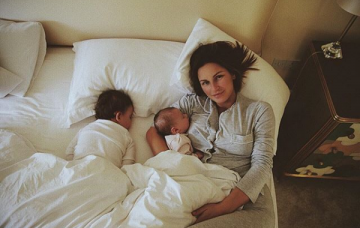 Seems it's not particularly easy money after all...

She has two million followers on Instagram, her own TV show about motherhood, and a thriving clothing business she runs with her partner.

And from the snaps she shares across her social media, her life is pretty darn perfect – loving relationship, two gorgeous kids, and a stunning home with a real ‘family’ vibe about it.

So maybe it doesn’t come as much of a surprise that Samantha Faiers turned down a life-restricting mag deal for the first pics of her second baby, 10 week old Rosie, preferring instead just to share her own images as and when she pleases.

Speaking to the Sun on Sunday’s Fabulous magazine, Sam said the restrictive nature of signing up for a mag deal was one of the reasons she chose not to do it again, but added that since becoming a mum, she has drastically cut back on media appearances in general.

The Brentwood-born mum-of-two first came to the nation’s attention in 2010, when she joined the cast of The Only Way is Essex, where she was a regular fixture until 2014.

During her time on the show, Sam had a brief dalliance with Mark Wright, and a short-lived engagement to Joey Essex.

Now, loved up with partner of almost four years, property developer Paul Knightley, Sam has not only moved on from her TOWIE persona, but also left the county which made her a star.

The family now live in leafy Hertfordshire, from where Sam shares her daily insights into their life, with newborn Rosie and ‘baby’ Paul who has just turned two.

“I wanted to take some time out and just do things my way. I prefer using social media to show my family in the way I want to,” Sam said of her decision to step out of the media spotlight.

“I remember when I did my exclusive [photo shoot] after Baby Paul was born, and while it’s lovely to have the images, I couldn’t be pictured before or after it came out for a few weeks.”

Sam went on to describe how it was ‘overwhelming enough’ having a newborn baby, without ‘stressing about losing’ your magazine deal if you were photographed popping out to the shops.

Read more: Louise Redknapp wows fans as she goes on tour just weeks after her divorce

“I just felt a bit under pressure with everything. With Rosie, I wanted to do it how I wanted to, on my own terms, and that’s been really nice this time,” she said.

Samantha and Paul welcomed baby Rosie in November, with Sam announcing on Instagram that it was a home water birth and ‘such a lovely experience’.  She also released a black and white snap of her toddler son tenderly kissing his newborn baby sister.

Aw, keep on doing it your way, Sam – we love the sneak peeks in to your adorable family life!