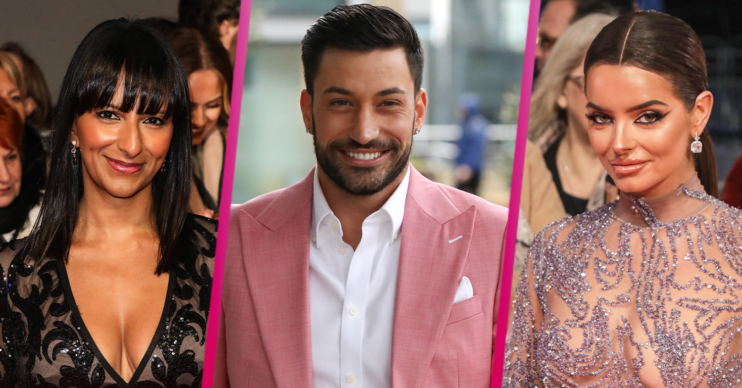 Strictly Come Dancing hunk Giovanni Pernice has got a new girlfriend and it appears his 2020 dance partner Ranvir Singh couldn’t be happier.

Ranvir and Giovanni set tongues wagging towards the end of last year when they were partnered on the BBC dance show.

Their chemistry was electrifying and the pair developed a friendship away from the cameras.

And, while they didn’t make the final, their friendship did go the distance, with Ranvir giving Gio’s new romance the thumbs up.

Giovanni has coupled up with Love Island alumni Maura Higgins.

The pair went Instagram official on her Stories earlier this week when she shared a picture of them holding hands at dinner.

The new lovers then shared a pair of matching posts last night.

Read more: Giovanni Pernice ‘more than ready’ to be partnered with a man on Strictly

Giovanni shared a picture of Maura sitting on his lap with the caption: “You’re mine.”

She shared one of them standing beside the sea with the caption: “I’m yours.”

So what has Ranvir said?

While she hasn’t exactly broken her silence on the new romance, actions tend to speak louder than words.

Seeing Gio’s picture with Maura in her news feed, Ranvir gave the post her thumbs up, hitting the like button.

Strictly Come Dancing pro Neil Jones also got in on the action.

He commented on Gio’s picture: “You two are so cute. Please name your first child after me.”

Who else have Giovanni and Maura dated?

Gio has dated Georgia May Foote and Ashley Roberts – both of whom he met on Strictly – and Jess Wright.

Head to our Facebook page @EntertainmentDailyFix and tell us your thoughts on the new romance.