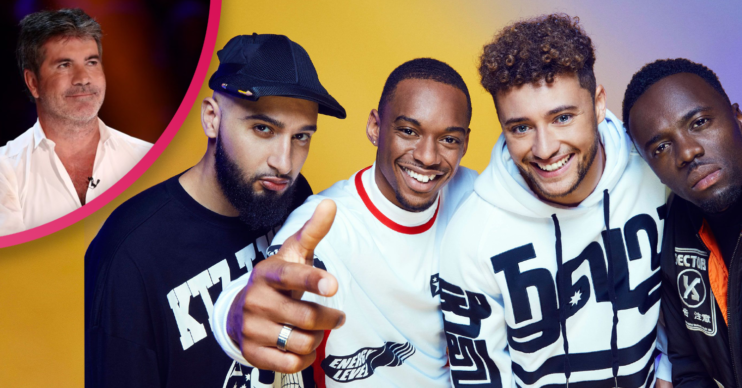 Are Rak-Su still together and were they dropped by Simon Cowell’s label?

Rak-Su were tipped for chart domination after winning X Factor in 2017.

But fast-forward less than three years and fans have been left wondering are Rak-Su still together.

So what happened to the group that was supposed to be Britain’s next big boy band?

Rak-Su are very much still together.

In fact, they released their latest single Palm Trees during lockdown on May 28.

Unfortunately, it didn’t take off in the same way as their hits La Bomba or I Want You to Freak.

However, the track did reach number 20 in the iTunes pop chart.

The boys filmed a music video to accompany the song while in quarantine and uploaded it onto YouTube.

Next year, Rak-Su are planning a UK tour with performances confirmed in London, Dublin, Bristol, Manchester, Newcastle and Birmingham.

Speaking out about the break-up, the members admitted they were “confused” and “frustrated” at Syco.

“It  affected us putting out music,” Ashley explained to The Sun last year.

“When we came off the X Factor, there were suddenly a lot of cooks in the kitchen.

“It has taken us a while to get back to where we were before.”

Rak-Su weren’t the only band to walk away from Syco – Little Mix did too.

Both groups moved over to RCA Records instead, which is another Sony label.

Myles added: “Since we’ve been on RCA we’ve released the Rome EP, filmed four videos and released Yours Or Mine, so for us, as long as music is released, we’re happy.”

Sadly though, Rak-Su were reportedly dropped by RCA last summer before releasing their debut album.

A source told The Sun: “It’s a tough time to be in pop and the buzz for Rak-Su fizzled out fast. They haven’t delivered the huge chart singles which bosses were convinced they would, despite being so popular on the show.

“The feeling is that their moment has passed and it’s gong to be tough to revive it.”

The boys have previously explained the meaning behind their unusual name.

Rak-Su comes from the phrase “Tracks vs Suits”.

According to their. official website, this means “music and fun vs adult life”.

They added: “The aim is genuinely just to keep making more music, and spread more vibes.”

What are Rak-Su up to now?

The boys have just released their latest single Palm Trees.

In addition, they’re preparing for their UK tour next year.

Elsewhere, Myles has developed a taste for reality TV.

Last year, he took part in I’m A Celebrity and was a hit with viewers.

More recently, he’s signed up for the 2020 series of Celebrity MasterChef which starts on Wednesday July 1.

Celebrity MasterChef is on BBC One, Wednesdays at 9pm.