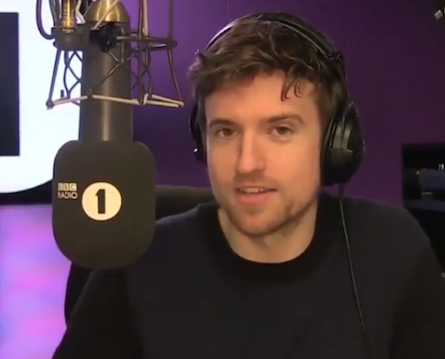 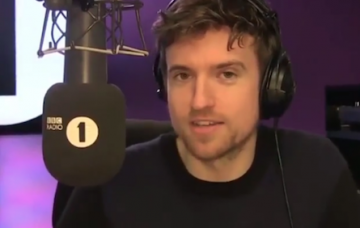 Greg James called his new wife "the best thing ever"

The 32-year-old BBC Radio 1 DJ revealed they had tied the knot on social media, declaring their nuptials “the most incredible day of my life”.

He posted a series of pics from the ceremony and party celebrations first shared by @snappersass which showed off Bella’s gorgeous wedding outfit.

She wore a beautiful champagne floor-length gown that had a tied detail at the waist, accessorised with a detailed headpiece.

The overjoyed groom gushed: “Bella and I got married and it was the most incredible day of my life.

“I think it was up there for her too.

Other images posted on social media showed the couple signing the wedding register and being bombarded with confetti.

Bella popped the question to Greg earlier this year in February and they announced their engagement in June.

He described her at the time as “the smartest, funniest and most beautiful person I’ve ever met”.

Greg, who replaced Nick Grimshaw in the Radio 1 early morning slot in August, joked his new job meant he wasn’t able to stay up all night with Bella.

He said on Instagram: “The only problem is she loves staying up into the early hours drinking as much as I do and this is not conducive with 5am alarms.”

She added on Twitter when his new job was announced: “I’m proud as hell. But I also hate early starts and early nights.

“What a tangled web of human feelings.”

At least they have Monday off – Scott Mills will be filling in for Greg so the celebrations can continue!