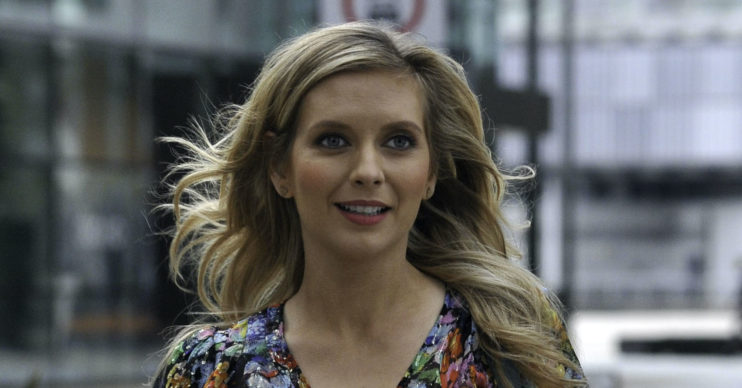 Rachel Riley reveals she would ‘like to have another’ baby

Could 2021 be another big year for Rachel?

Rachel Riley has said that she and husband Pasha Kovalev would “like to have another” baby.

Now the couple sounds as though they’re ready for an addition to the family.

What did Rachel Riley say about another baby?

Speaking to Hello! magazine, Rachel said that she and Pasha have friends who have recently had babies.

And it seems this has kickstarted her broodiness.

“Yeah I think we’d like another one,” she said.

“Some of my friends had twins by accident and a few of them have got three little ones and everyone seemed to have them straight after.

“No one regrets it though, do they?”

Will have to learn all over again

She also revealed in the interview that lockdown has been tough with her 14-month-old daughter.

Maven was born just months before the first lockdown, and Rachel worries that she hasn’t socialised with other children.

Rachel says that when things do start opening up, “we’re going to have to learn how to be parents in the real world because we’ve only really been parents in lockdown”.

She admitted that getting her daughter to behave around other children will be a bit of a “challenge”.

Back in December 2020, Rachel and Pasha celebrated Maven’s first birthday.

Mum Rachel shared an adorable snap of the little one on Instagram.

She captioned the images: “Can’t believe our little munchkin is one already!

“Mave had an amazing birthday this week, undeterred by the strange times, getting her own balloons and being able to wave at dogs through a window made her day.

“Having a little one seems to get better and better as time goes on and her little personality shines through.”