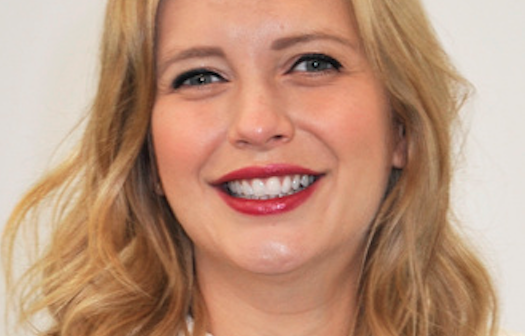 Many furious observers demanded her sacking from Countdown

Countdown presenter Rachel Riley has thanked her fans for their support after she came under fire for wearing a T-shirt bearing Labour leader Jeremy Corbyn’s image.

The pregnant TV personality is an outspoken critic of the Leader of the Opposition – and earlier this week told her social media followers she was unhappy “knowing my workplace [will] be full of racists tonight” as the MP and Boris Johnson prepared to take part in the ITV leaders’ debate.

Rachel, 33, was pilloried by social media users for illustrating her dismay on Twitter with the ongoing anti-Semitism row by wearing an altered image of Corbyn showing him protesting against apartheid in South Africa from 1984.

The original image shows Mr Corbyn being led away by two police officers while protesting with a placard reading: ‘Defend the right to protest against apartheid. Join this picket.’

I didn’t feel comfortable knowing my workplace was to be full of racists tonight. I don’t endorse Boris, but I do endorse #NeverCorbyn. Please see my pinned thread if you still don’t understand why. #LeadersDebate #LabourAntisemitism https://t.co/X93TcqOGjX pic.twitter.com/m8yZimVnHY

However, in the image displayed on Rachel’s T shirt, the sign he is carrying has been edited to bear the words: ‘Jeremy Corbyn is a racist endeavour.’

Many furious observers demanded her sacking from the Channel 4 flagship teatime show.

But many others backed Rachel and her stand to fight prejudice and inequality.

She has since tweeted her thanks to fans and repeated her intention to oppose Labour’s General Election efforts.

“Thanks for all the lovely messages of support, & all the silent supporters who’ve followed me, means a lot,” Rachel wrote.

Referring to a previous tweet, she continued: “I made this promise I intend to keep it. If this is the price to raise awareness then so be it. Lots of love.”

Thanks for all the lovely messages of support, & all the silent supporters who’ve followed me, means a lot. Shows how counterproductive nasty pile-ons actually are. I made this promise👇 I intend to keep it. If this is the price to raise awareness then sobeit. Lots of love ❤️❤️❤️ https://t.co/kWKEtPoj7G

“I always support you, lovely Rachel,” said one person.

“Spare us the crocodile tears,” demanded another person of a differing view.

And among the thousands of Likes and retweets, many others made use of the hashtag ‘#sackRachelRiley’.

– The General Election is on Thursday 12 December. Find out how to register to vote here.