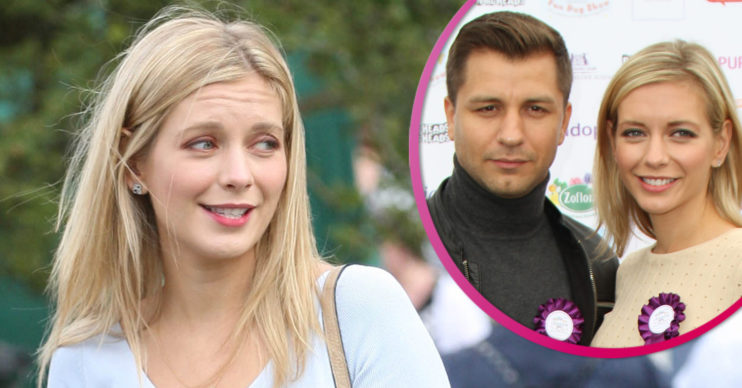 Her little girl seemed to love it

Rachel Riley brought her daughter to the Countdown set as she returned to work.

The presenter shared a cute photo of herself and her little girl, who was born in December last year, on Twitter.

In the image, Rachel is seen holding Maven who gazes at her mum.

Rachel wrote alongside the picture: “So much socially distanced cooing going on at @C4Countdown this week,” followed by a heart-eyes emoji.

Fans loved the sweet photo, with one writing: “That’s a lovely photo of you and Maven, Rachel!”

Another tweeted: “That’s so cute and it’s great to hear Countdown is back!”

One said: “Love that picture, it’s cheered me up.”

Last month, the star shared a family picture to celebrate her and Pasha’s first wedding anniversary.

The couple tied the knot in a ceremony in Las Vegas in June last year.

Rachel also posted a throwback photo from their wedding day.

That’s a lovely photo of you and Maven, Rachel!

In the image, the couple are seen smiling as they exchanged their vows.

Rachel wrote: “One year later! Celebrating today with our extra smiler in the family.”

She added: “Love these two. What a first year it’s been!”

Months after their wedding day, the pair became parents for the first time when Rachel gave birth to Maven.

What did Rachel say at the time?

In a post on Instagram, Rachel announced Maven’s birth saying: “2 weeks after we were expecting her this little one finally made an appearance!

She added: “After keeping us waiting she came so fast we didn’t get to hospital & was born in our bathroom with our amazing doula & wonderful St Mary’s midwives rushing over to be with us just in time!