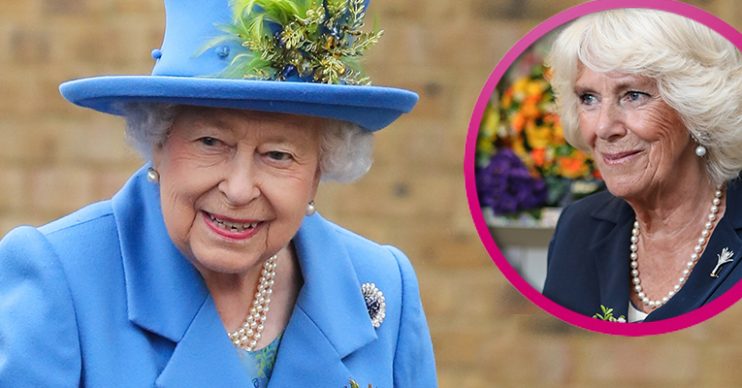 Queen has ‘given Camilla her support for future queen consort role

It could happen when Charles becomes king

The Duchess of Cornwall stepped out with Her Majesty the Queen today (October 15) and royal watchers have said it’s a sign of the monarch’s blessing for Camilla’s possible future role of queen consort.

The ladies attended a service at Westminster Abbey to mark the 750th anniversary since the church was declared sacred.

And the decision for Camilla to accompany the Queen is said to speak volumes.

Royal expert Richard Fitzwilliams told the Express: “Since all coronations have taken place at Westminster Abbey, this will be interpreted by many as a sign of support for Camilla one day becoming queen consort.”

Read more: The Duchess of Cambridge looks “breathtaking” as she arrives in Pakistan

Many royal fans have expressed concern over the possibility of Camilla being crowned queen consort when Prince Charles becomes king.

The idea of Camilla becoming queen consort when Charles ascends the throne still remains unpopular with the public in polls.

At the time, Clarence House posted on its official website that Camilla wouldn’t automatically receive the title queen consort when Charles became king.

However, that statement has now been removed from the website.

Said Richard: “Although the idea of Camilla becoming queen consort when Charles ascends the throne still remains unpopular with the public in polls, there is an enormous amount of appreciation for the remarkable and often less publicised work she undertakes as a senior member of the royal family.”

He added: “It is a fact that she and Charles are indeed, as the Queen said in her speech on their wedding day, using an equine metaphor, in the ‘winners enclosure’ as a couple.”

Earlier in the week, Camilla accompanied her mother-in-law to the State Opening Of Parliament.

While on their tour of Pakistan, Prince William paid tribute to his late mother. After school children told him they were big fans of Diana, he confirmed that he, indeed, was too.