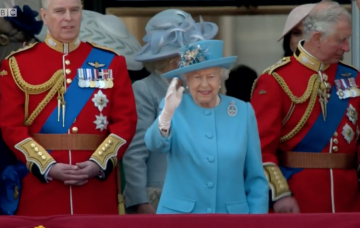 Thousands gathered for Trooping the Colour

The Queen is all smiles as she waves to thousands of well-wishers at the Trooping the Colour ceremony to mark her official 92nd birthday.

She was joined on the Buckingham Palace balcony by other members of the Royal Family, including newlyweds Prince Harry and Meghan Markle, Prince William, Kate the Duchess of Cambridge and Prince George.

But there was no appearance by the Duke of Edinburgh, 97 tomorrow, who has retired from public duties.

Her Majesty, the world’s longest-reigning monarch, recently underwent cataract surgery but showed no signs of ill-effects from the procedure.

Packed crowds lining The Mall gave a rousing cheer as she travelled alone, wearing a powder blue coat and dress, in an Ascot Landau to watch the traditional spectacle at Horse Guard’s Parade in Whitehall.

The ceremony marks The Queen’s official birthday but she actually turned 92 on April 21.

It was the first time Meghan, Duchess of Sussex, had attended the event and arrived in a carriage with Harry, who she married three weeks ago today, along with the Queen’s cousin the Duke of Kent.

Hundreds of Guardsmen in scarlet uniforms and bearskins greeted the royal party on the parade ground where they were inspected by Her Majesty.

She was accompanied, on horseback, by Prince Charles, the Princess Royal and the Duke of Cambridge, as well as the Duke of York who was attending the pageant for the first time in his new role as Colonel of the Grenadier Guards.

As the royals returned to Buckingham Palace, the King’s Troop Royal Horse Artillery fired a 41-gun salute in nearby Green Park.

They and the hordes of spectators were then treated to an RAF fly-past involving 23 modern and historic aircraft, culminating in a dazzling display by the famous Red Arrows.

However, Field Marshal Lord Guthrie, 79, the former Chief of the Defence Staff, was thrown off his horse during the celebrations.

He was treated at the scene by paramedics before being taken by ambulance to hospital where he was said to being “well looked after”.

Did you enjoy Trooping the Colour? Leave us a comment on our Facebook page @EntertainmentDailyFix and let us know what you think! 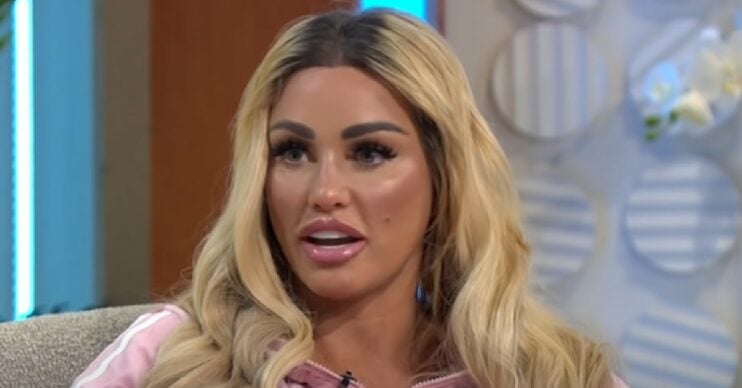