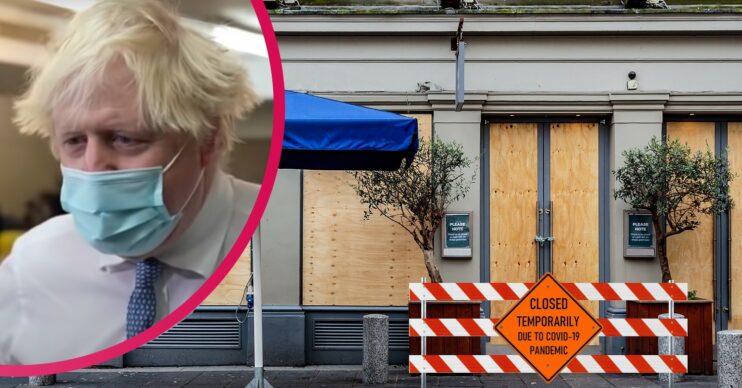 Pubs, restaurants, and shops could be forced to close in January as Omicron tears through the country

Not the news we need right now

Pubs, restaurants and shops may have to shut in January amid news the Omicron COVID variant is set to rip through the UK.

The variant could lead to mass staff shortages, which in turn could lead some to establishments shutting.

COVID news: What has Boris said about Omicron?

In the meeting, Johnson and Whitty reportedly said the potential situation is looking “very bad”.

Johnson and Whitty revealed that even on the most “conservative” estimates, the COVID Omicron variant is going to lead to a large surge in cases and hospitalisations.

In fact, Chris Whitty has reportedly said the variant could overwhelm hospitals in just four weeks.

What else did the PM say about the Omicron COVID variant?

Boris Johnson warned Cabinet to prepare for a “huge spike” in infections. However, he insisted that his Plan B measures were “proportionate”.

The Prime Minister also said the current restrictions should be enough to “help reduce transmissions”. This is while they ramp up the booster vaccine programme.

The government aims to give one million booster jabs per day.

“We would need some level of restrictions in place for the next four to eight weeks,” she said.

Vaccine passports will be needed to enter large venues from today (December 16).

Boris Johnson said this is the “right approach”. The PM also said there were no plans for “tougher measures”.

What have other MPs said about the current crisis?

Danny Kruger, a Tory MP, revealed that Johnson suggested another lockdown could happen if his Plan B measures fail.

He was close to resigning over the introduction of vaccine passports.

Later in a statement supporting the government, he said: “I spoke to the Health Secretary last night and the Prime Minister this morning.

“Both stressed that these deliberately limited measures are intended to prevent another mandatory lockdown.”

The UK Health Security believes that the Omicron COVID variant is causing approximately 200,000 new cases every day. Cases are doubling every two to two days.

However, today Dominic Raab appeared on Sky News to reassure the public about how things are going.

“I want to give that reassurance,” he said. “I think people can look forward to spending Christmas with loved ones in a way that we couldn’t last year.”