A landlady has hit back at reviewers who criticised the "bad food" and "very poor mannered staff" at her pub, The Blue Bell in Conwy, north Wales.

Heron Webb claims a row started on the venue's Facebook page after she asked a customer for ID, prompting him and pals to leave poor reviews about the pub.

She even took aim at one customer in particular, calling him an "angry little man". 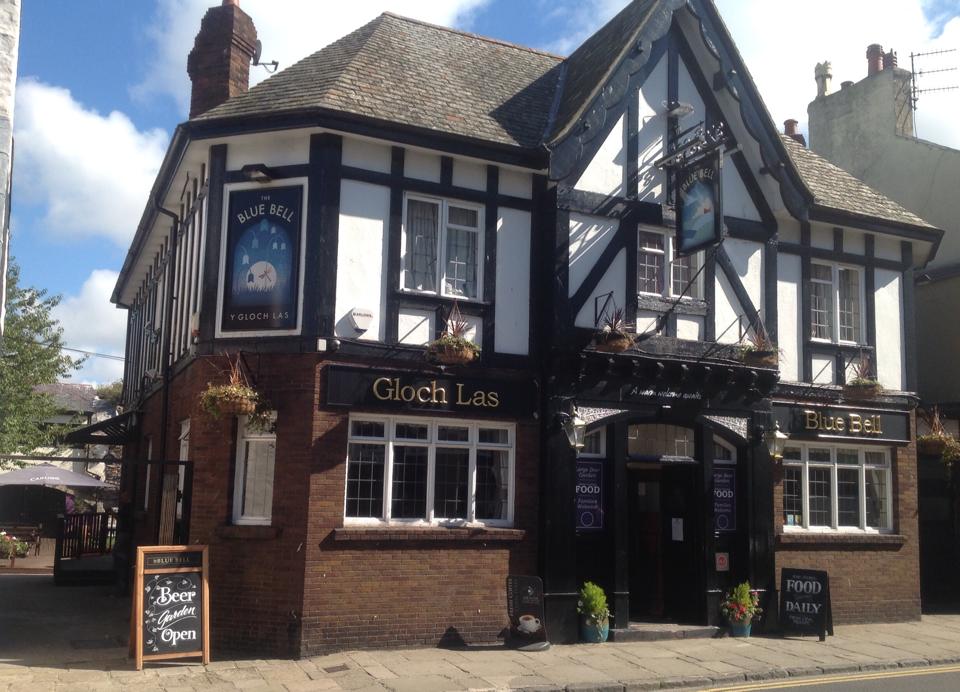 Read more: Mum horrified after daughter catches her doing something rather rude with husband

One review, which was posted to the Facebook page on Monday, read: "Very poor mannered staff, very rude and dismissive.

"I didn't feel welcome and to top it off the beer was rubbish! Do not waste your money here!"

In response to the review, Heron wrote: "You've never even been here faker..."

Another person wrote on the same day: "Staff very rude food was very bad ... felt very upset due to rudeness of staff left crying will not go back and will not recommend."

Heron replied: "Seriously... you all need to get a grip and over the fact that [customer's name] is an angry little man. (Sic)"

However, the customer hit back: "This from The Bell Inn at Conwy we complained due to staff being rude, food and drinks poor so the manager posted this as his reply. 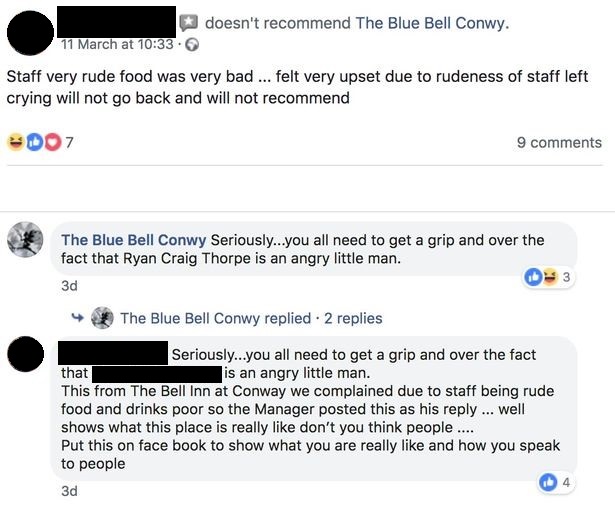 "Well shows what this place is really like, don't you think people put this on Facebook to show what you are really like and how your speak to people. (sic)"

Underneath another comment about the "horrible tasting beer" at the pub, Heron accused the "poor little" person who'd been asked for ID of getting "his friends to fake reviews".

The person hit back: "Got [expletive] all to do with me, not my fault if others have had the same experience."

Heron then posted a message on the pub's Facebook page, slamming the poor reviews.

She said: "To all the friends of that spoiled brat that didn't like being ID'd or my response to his whingey review, I must inform you that most people know you're faking it and I'm just desperately trying to ignore all the atrocious spelling and terrible grammar.

Read more: Warmer weather on the way as Storm Hannah is 'cancelled'

"Chill out all of you, find something better to do with your time and quite frankly, [expletive] off."

She then defended her actions and said many establishments are experiencing similar problems with harsh reviews.

She told North Wales Live: "We are the kind of establishment who are dealing with a lot of night and weekend punters and some of them are disgruntled when they are asked for ID.

"This reflects on us in all sorts of reviews on social media, and it is especially easy to go home and write whatever you want on a computer.

"I'm not taking it any more. I'm generally very professional but I won't take fake reviews lying down."

Ent Daily has contacted The Blue Bell for further comment on this story.

Do you agree with the woman's comments? Leave us a comment on our Facebook page @EntertainmentDailyFix and let us know.