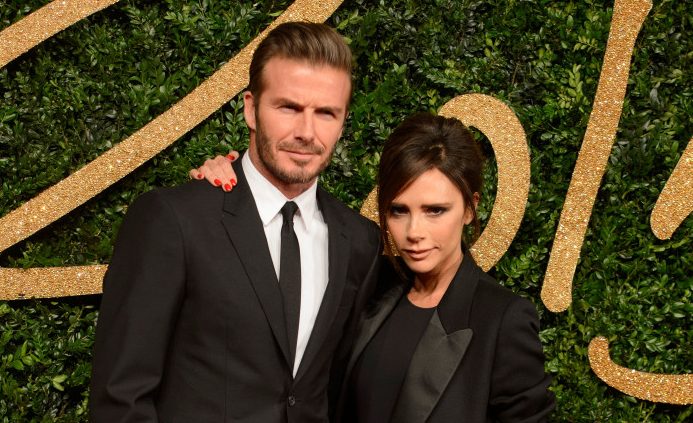 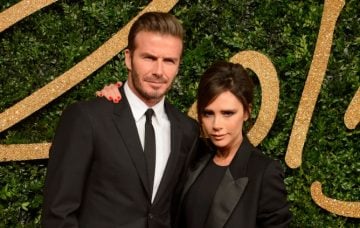 The former footballer, 43, attended the UEFA Champions League draw in Monaco on Thursday evening alongside his fashion designer wife Victoria.

Victoria opted for a classic LBD, which featured a plunging necklace, while David looked dapper in a black tuxedo and white shirt.

Victoria took to her Instagram story on Thursday evening to share a clip of David on stage accepting his award.

Holding his award, David is seen speaking on stage as proud wife Victoria filmed from the audience.

In the video, David can be heard saying: “It’s great to be part of the team and it’s been a long time since I was at an awards show like this. It’s good to be back.”

Victoria captioned the post: “Congratulations @davidbeckham. We love u and are so proud of u X Kisses (sic).”

The mum-of-four then shared a snap of herself holding two glasses of wine inside a car.

She wrote: “Why not! Congratulations @davidbeckham.”

Earlier this month, it was announced David would be receiving the award, with Aleksander calling the former England captain “a true football icon of his generation”.

Taking to Instagram, David gushed: “Thank you Aleksander for selecting me as the winner of this year’s UEFA President’s Award!

“It’s an honour to be part of such an elite group of players. I look forward to seeing you and receiving the award in Monaco later this month.”

David, Victoria and their four kids Brooklyn, 19, Romeo, 15, Cruz, 13, and Harper, seven, are currently holidaying in the South of France.

They have been soaking up the sun with Sir Elton John, his husband David Furnish and their two sons  Zachary, seven, and Elijah, five.

This week, David and Elton celebrated 25 years of friendship.

Celebrating the anniversary, David posted a snap of himself and the legendary singer lounging on a boat in France.