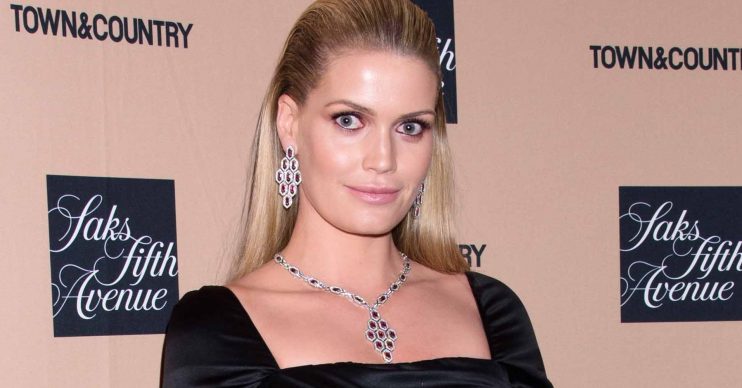 PDA on the streets of Manhattan

Lady Kitty Spencer – the niece of the late Diana, Princess of Wales – has is dating fashion tycoon Michael Lewis.

Lady Spencer, 28, was pictured strolling around the streets of Manhattan with her arm affectionately placed on the shoulder of Michael, in pictures obtained by the Daily Mail.

At the age of 60, he is more than twice her age and five years older than her father, Earl Spencer.

Teaming her pale pink roll-neck jumper with a pair of dark sunglasses Kitty looked as if she is trying to go incognito during her stroll around the Big Apple.

It’s the first time the pair have engaged in even a small public display of affection and confirms Kitty’s romance with the Whistles boss, who is said to be worth a staggering $100m.

Just a few days earlier, the couple were spotted discreetly leaving New York’s swanky Mark Hotel separately, before reportedly heading off together in a cab.

Michael was the first to leave the hotel – where Meghan Markle held her baby shower – with Lady Kitty following on behind.

The socialite – whose cousins are Princes William and Harry – has also been spotted at her beau’s £19m central London flat.

She added: “I don’t see the appeal of going for anyone who’s too complicated or not trustworthy. I just like people who are kind.”

What do you think of Lady Kitty’s age-gap romance? Head over to our Facebook page @EntertainmentDailyFix and let us know!