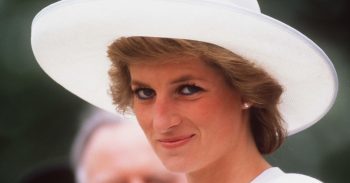 The show could 'ruffle feathers'

TV drama The Crown is reportedly set to show the late Princess Diana as a ‘desperate and lonely self-harmer’ in its new series.

Creator of the show, Peter Morgan, is casting the character of the princess as she attempts to get along with her in-laws, The Queen and Prince Philip.

The Netflix series is said to be looking for a young, lesser-known actress with “extraordinary” talent for its fourth season.

According to The Sun, the casting description reads: “We need a mesmerising new young star with extraordinary range.

“She has to play charming comedy, flirt and social exhibitionist on the world stage, desperate and lonely self-harmer at her lowest ebb and the kind of psychological intensity of Mia Farrow in Rosemary’s Baby.’”

A TV insider also told the publication that producers aren’t holding back on the portrayal of Diana and that the interpretation of the character could “ruffle a few feathers”.

Diana tragically lost her life in a car accident in 1997, leaving behind her sons with ex-husband Prince Charles, Prince William and Prince Harry.

The new actors that are chosen will play their roles for two seasons. Actors have changed as the series continues through time to accurately portray characters’ ages.

Broadchurch star Olivia Colman will play the Queen in the 1960s and 1970s, taking over from Claire Foy, who portrayed her majesty in her younger years.

Meanwhile, the MailOnline reports that The Little Drummer Girl star Florence Pugh, 23, and Bohemian Rhapsody actress Lucy Boynton, 25, are in the running for the role of young Diana.