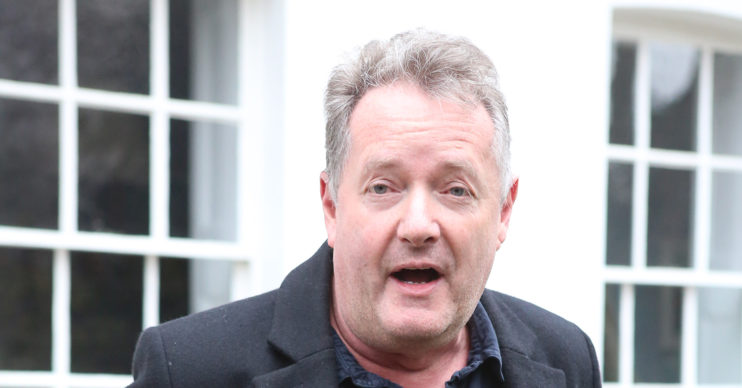 Piers Morgan has accused the “woke #BeKind brigade” of bullying Davina McCall into deleting her critique of the Princess Diana statue.

The statue of the late princess was unveiled in Kensington Palace’s Sunken Garden this week and reactions to it have been mixed.

Davina was reported to have called it “stiff” in a tweet but the message was later taken down.

Read more: Piers declares ‘woke brigade want to kill you if you don’t agree with them’

Piers has now added his two pennies’ worth, posting a message on Twitter saying that he certainly won’t be removing his own critique of the Princess Diana statue.

Sharing a link to a story about Davina deleting her post, he said: “Bullied & abused by the woke #BeKind brigade into deleting an honestly-held and entirely accurate opinion.

“Suffice it to say, I won’t be deleting my statue critique – because it’s true.”

Diana’s sons William and Harry unveiled the statue this week to mark what would have been her 60th birthday.

What did Piers and Davina say about the Princess Diana statue?

Piers was among those to offer his opinion, tweeting: “Let’s be honest – it’s not a great statue of Diana.”

Let’s be honest – it’s not a great statue of Diana. pic.twitter.com/V8KZkbDmFF

He also later said it was “the one thing Diana never was: dull”.

The tweet said: “I really wanted to like it. But somehow… It doesn’t feel very Diana? Her joie de vivre… her radiance, her compassion. It feels stiff.”

It has since vanished.

The statue’s the one thing Diana never was: dull. https://t.co/GQVBbdtibe

Piers isn’t a fan of the ‘woke brigade’

Piers has hit out at the “woke brigade” many times.

The former Good Morning Britain star recently said he thinks the term “woke” was originally well-intentioned but was “hi-jacked by extremely illiberal people professing to be liberal”.

Speaking on 60 Minutes, he said: “Here’s what I say to the woke brigade. Right now, what’s happening right now, will be considered inappropriate in 50 years’ time.

“You will all get cancelled. You won’t have been nearly good enough or virtuous enough for the woke brigade in 50 years’ time.”