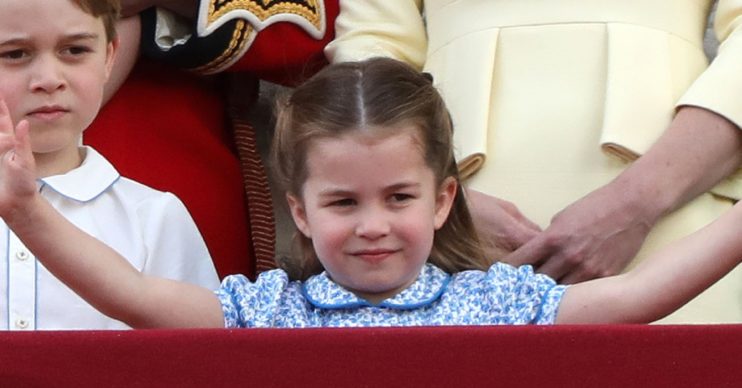 Princess Charlotte is celebrating her fifth birthday today and Kensington Palace has shared some beautiful pictures to mark the occasion.

Charlotte can be seen hard at work doing her bit to help people in need during lockdown.

The four images were captured by the young royal’s mum, Kate, Duchess of Cambridge.

The accompanying caption on Instagram reads:”The Duke and Duchess of Cambridge are very pleased to share four new photographs of Princess Charlotte ahead of her fifth birthday.

“The images were taken by The Duchess as the family helped to pack up and deliver food packages for isolated pensioners in the local area.”

The Duke and Duchess of Cambridge are very pleased to share four new photographs of Princess Charlotte ahead of her fifth birthday tomorrow. The images were taken by The Duchess as the family helped to pack up and deliver food packages for isolated pensioners in the local area.

It’s been a good week for celebrations in the Cambridge household – on Thursday, April 29, William and Kate celebrated their ninth wedding anniversary.

🎊 Nine years ago today – thank you for all your lovely messages on The Duke and Duchess of Cambridge’s wedding anniversary!

Last month, the Duke and Duchess shared the cutest new pics of Prince Louis for his birthday.

Their youngest child celebrated his second birthday on Thursday, April 23.

Sharing a sneak peek of Prince Louis’ handiwork ahead of his second birthday!

The three snaps include one portrait of the toddler grinning impishly at the camera.

He has rainbow stripes of paint across his hands, and is wearing a blue and white Gingham shirt.

The second, shown on the Kensington Royals Instagram page, shows his handprint painting.

The third sees Louis hold his paint-covered hands perilously close to his face!

The charming photographs were also captured by his talented mum.

The Palace’s message read: “Sharing a sneak peek of Prince Louis’ handiwork ahead of his second birthday!

The artwork is topical because rainbows have become a symbol of hope and appreciation for key workers amid the coronavirus pandemic.

Many children are displaying their pictures in the windows of their homes.

Meanwhile, Kate recently spoke about how much she enjoys doing arts and crafts with Charlotte, Louis and and her oldest child, Prince George, six.

She said: “Those moments that you spend with people that are around you. I remember that from my own childhood.

“I had an amazing granny who devoted a lot of time to us, playing with us, doing arts and crafts and going to the greenhouse to do gardening, and cooking with us.

Catherine also revealed she is passionate about spending time outdoors with her kids.

She added: “As children, we spent a lot of time outside and it’s something I’m really passionate about.

“I think it’s so great for physical and mental well being and laying [developmental] foundations.

“It’s such a great environment to spend time in, building those quality relationships without the distractions of ‘I’ve got to cook’ and ‘I’ve got to do this’. And actually, it’s so simple.”

Leave us a your birthday messages on our Facebook page @EntertainmentDailyFix