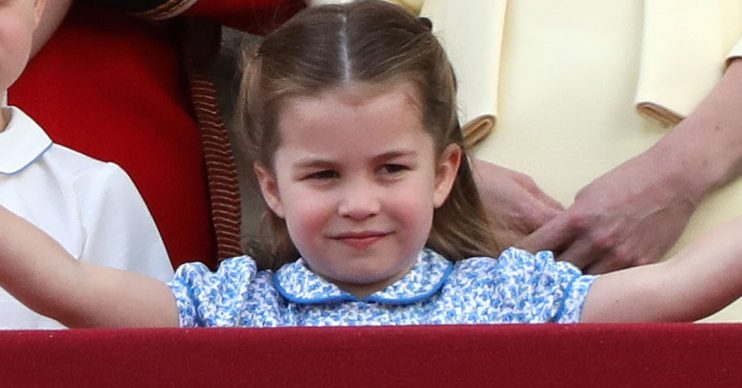 Young royals walked to church with their parents

Princess Charlotte, four, and her big brother Prince George, six, made their first appearance on Christmas Day morning at Sandringham.

Charlotte wrapped up warm against the chill in a smart dark green coat, as she walked beside Kate and Prince William, as seen on Mirror Online.

This morning The Prince of Wales, The Duke and Duchess of Cambridge, Prince George and Princess Charlotte joined Her Majesty The Queen and Members of the @RoyalFamily for the Christmas Day church service at St Mary Magdalene Church in Sandringham. pic.twitter.com/cdhrh0OJub

George looked handsome in a dark suit, with a pullover to keep him cosy on the stretch.

Well-wishers were happy to brave the cold for a glimpse at the childrens’s debut.

Youngest child, Louis, 18 months, did not join them for the 11am service at St Mary Magdalene church.

It is understood he is being cared for at Sandringham house while his parents and siblings are away.

Royal parents traditionally wait for a few years before taking their children to the high-profile event.

Princess Diana and Prince Charles waited until Prince William turned five before introducing him to this yearly tradition; Harry was four when he first attended.

The royals walking to church on Christmas Day is a rite of passage.

Charlotte and George’s appearance was anticipated, with a royal source telling The Sun: “It will be so sweet.

“George and Charlotte will make their Christmas debut, as long as they’re both on good form on the day.

“It’s the picture all royal fans want to see.

“The royals walking to church on Christmas Day is a rite of passage and so William and Kate didn’t want to expose their children too early, but they feel they’re old enough now.”

Earlier this morning, the Queen arrived by car at the church. Prince Philip, who has been discharged from hospital at a four-night stay, was not with her.

It is believed he is at Sandringham, however, having been transported by helicopter yesterday.

Prince Charles was pictured arriving alongside his brother Andrew for the 9am service. It’s thought Andrew will miss the 11am service and will return home to be with his father.

The Duke and Duchess of Sussex are also absent, instead spending son Archie’s first Christmas in Canada.