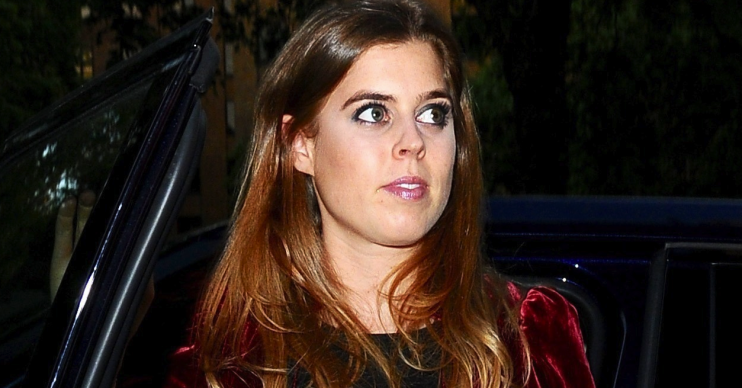 She was apparently due to celebrate later this month

It’s been a difficult few weeks for the Royal Family, ever since allegations of misconduct were made against Prince Andrew by a number of different women.

And the fallout from the scandal has now reportedly prompted Andrew’s daughter Princess Beatrice to postpone her engagement party.

According to The Mail On Sunday, Beatrice, 31, and her new fiancé, Edoardo Mapelli Mozzi, had invited friends and family to attend a bash at London’s Chiltern Firehouse on December 18th.

However, the website claims that the couple have now cancelled the date over fears that there will be too many photographers waiting outside to take pictures of Andrew.

Charlotte Griffiths, writing for The Mail On Sunday, claims: “The venue choice caused alarm among pals concerned it was far too high-profile given the sensitive time [Beatrice’s] family is going through.

“Now it seems Beatrice and fiancé Edo Mapelli Mozzi have taken note of their advice… and changed the date so that Andrew can sneak in under the radar.”

The allegations against Prince Andrew have rocked the Royal Family in recent weeks.

It’s been claimed that the 59-year-old was complicit in alleged sexual misconduct carried out by the American tycoon Jeffrey Epstein.

Epstein was found dead in a Manhattan prison cell in August, after being charged with sex trafficking offences.

A medical examiner ruled that the tycoon’s death was a ‘suicide by hanging’.

As we wrote about on Entertainment Daily! last week, Prince Philip has reportedly told his son to ‘take his punishment’.

A source told The Telegraph: “There was no screaming or shouting but Philip told him in no uncertain terms that he had to step down for the sake of the monarchy.”

Beatrice, who’s ninth in line to the throne, got engaged to Edoardo during a trip to Italy in September.

A 36-year-old property developer, he is the son of former British Olympian Alex Mapelli Mozzi.

The engagement was announced by the Duke of York’s office on September 26th, with the wedding rumoured to be happening in spring.

Ent Daily has contacted reps for Princess Beatrice for comment.