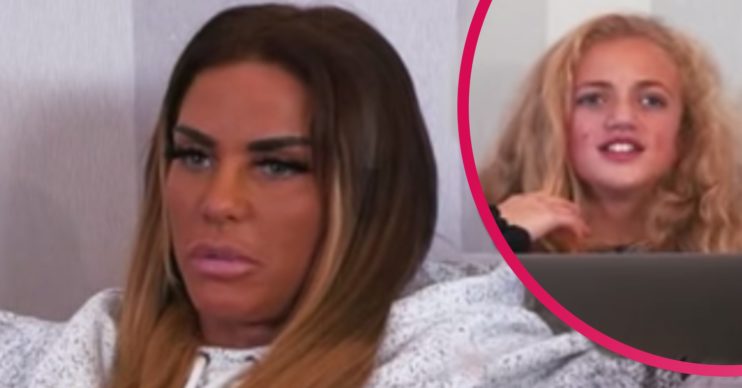 Princess Andre has mocked her mum Katie Price in a new video.

As Katie and her boyfriend Carl Woods, 31, played a game of Mrs and Mrs, Princess couldn’t help but poke fun at Katie.

One of the questions included who would more likely be arrested – Katie or Carl.

But Katie hit back with: “You’re only saying that because of my four driving bans… I’ve never been actually arrested.”

She later asked who was most likely to get a speeding ticket, before pointing directly at her mum.

“You’ve had how many speeding tickets?” Princess asked.

A fed up looking Katie said: “I don’t know.”

And they all giggled at Katie’s singing

And both Bunny and Princess agreed that Katie would be ‘most likely to poop herself’ over Carl.

Katie and Carl met in lockdown and claim to have never spent a day apart from one another since.

They’ve both said they’d love to try for a baby, and aren’t ‘being careful.’

She’s said she hopes to marry Carl, but has banned him from proposing to her this Christmas.

She told The Sun: “There is no way he will give me a ring at Christmas – it is too cliché.

“He will do it when I least expect it.”

Carl said: “Obviously I don’t like them… it is hard… I get wound up… the abuse I get for just having your mum as my girlfriend is ridiculous. Incessant, daily, horrific stuff.

“If you don’t become resilient and ignore it – it will literally eat you alive.”