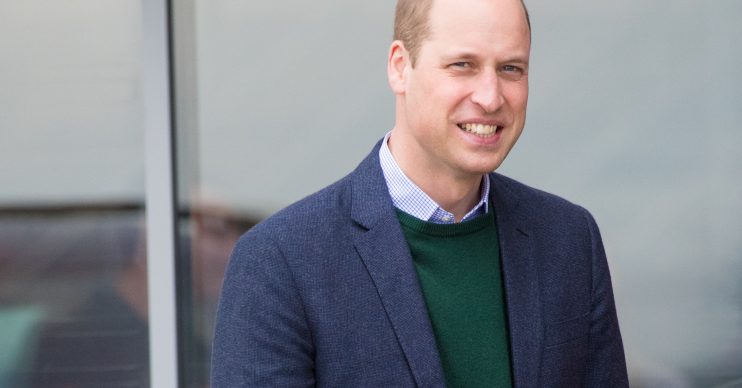 Wills says George will be jealous he's been on a digger!

Prince William tried a digger simulator during a royal visit in Nottinghamshire, hinting that Prince George will be impressed.

Wills got the chance to try the digger on a tour of Tarmac’s new National Skills and Safety Park, commenting: “I need something to show George I’ve been on a digger!”

Wearing a high visibility jacket, William looked deep in concentration as he tried to handle the vehicle.

During the royal engagement he also met apprentices to find out more about their what they do and their career aspirations.

William went on to join a meeting of UK company bosses to discuss support for social mobility and improving young people’s employment and training options.

“Social mobility and opportunity for young people is really really important, and obviously the fact you’re all here, you all understand that,” he said.

Prince William is reportedly having meetings about how his royal role will grow once his father Prince Charles becomes King.

Wills will take over running the Duchy of Cornwall estate, which includes farmland, coastland and diverse properties.

It is said to generate upwards of £20.5million – a sum used to cover expenses, as well as charitable activities.

It’s been a busy day for the Cambridges with Kate also out at a royal engagement, visiting the London Stadium for an event hosted by SportsAid.

Speaking at the event, Kate praised parents and guardians for being taxi drivers, personal assistants and nutritionists for their young athletes.