Mary Berry has defended Kate Middleton after Prince William blamed her cooking skills for him being "so skinny."

The 84-year-old culinary queen witnessed the Duchess of Cambridge's talents first-hand whilst filming her upcoming BBC festive special A Berry Merry Christmas, and she had high praise for what she saw. 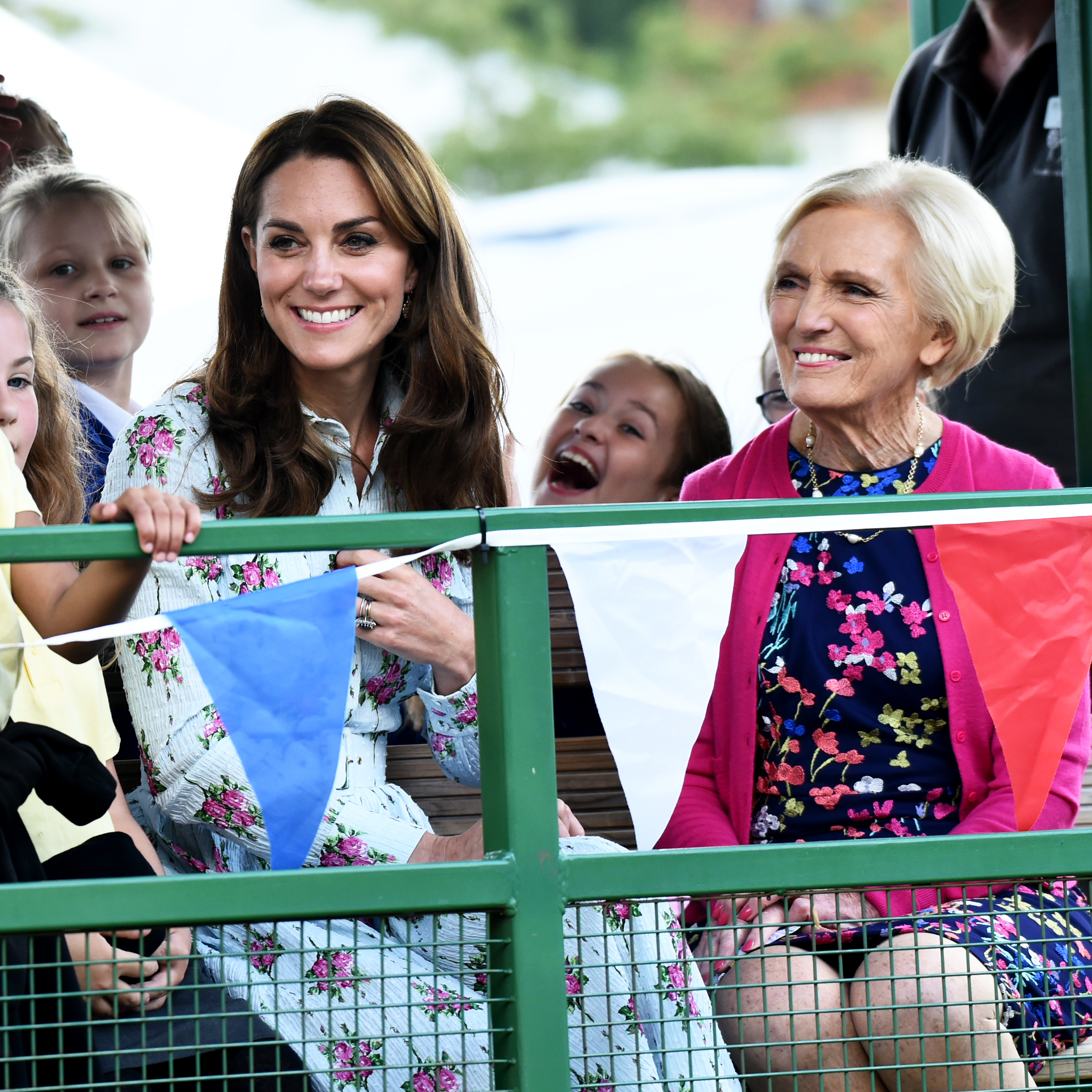 The royal couple joined Mary for her Christmas programme - which is set to air on December 16 - and Duchess Catherine was able to prove her husband wrong.

The 34-year-old royal previously poked fun at the brunette beauty's lack of culinary experience as they chatted away to five Michelin-star chefs at a charity gala.

The gala was held in honour of the East Anglia's Children's Hospices (EACH), at Houghton Hall in Norfolk in 2016.

Explaining that William was looking forward to their five-course meal at the dinner, Catherine said: "William has to put up with my cooking most of the time."

But before she had time to finish her sentence, William chimed in: "It's the reason I'm so skinny!"

They are such an enchanting, loving couple.

Now, the former Great British Bake Off judge had the duo cooking up a storm as they got very competitive in the kitchen.

Mary added: "They are such an enchanting, loving couple. I got them cooking a roulade. They were very competitive and kept looking at each other's creations while they were making them."

The Duke and Duchess of Cambridge have joined forces with cookery legend Mary Berry to prepare festive food 🎄 to thank all those working and volunteering over the Christmas period. Swipe 👉 for a taster of what to expect from 📺 A Berry Royal Christmas… 1. The Duke, Duchess and Mary, along with some very special guests including @nadiyajhussain host a Christmas Party to thank and acknowledge staff and volunteers from charities and organisations who will be working tirelessly over the Christmas period. 2. At @rhswisley Mary joins The Duchess behind the scenes to learn more about The Duchess’s commitment to the early years in raising the next generation of happy, healthy children. 3. The Duke and Mary visit @passagecharity, the UK’s largest resource centre for homeless and insecurely housed people, which has helped over 130,000 people in crisis through its resource centre, homelessness prevention projects and two innovative accommodation services. 4. At The Brink, the UK’s first dry bar set up by @actiononaddiction to provide a safe space for people who are suffering from addiction, The Duchess and Mary meet the inspiring people whose lives have been changed by the help and support of the charity. #ABerryRoyalChristmas | Monday 16th December | 8:30pm | @BBCOne Photos 📷 by @mattporteous / Kensington Palace

The BBC One show also sees the trio head to the UK's largest homeless shelter, The Passage.

Mary said: "William actually went out and slept on the streets to know what it was all about. They are such a great couple."

Mary said the couple were "caring, talking and trying to get to the bottom of what was wrong with these people and how they could help".