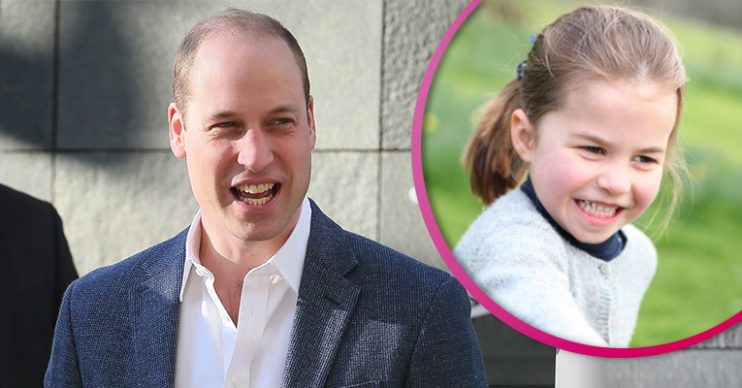 She turned four on May 2

Princess Charlotte is said to be celebrating her fourth birthday in style by having a “rowdy party” with her pals.

The young royal turned four on Thursday (May 2) and her parents, the Duke and Duchess of Cambridge, shared sweet photos of Charlotte through Kensington Palace to mark the occasion.

But it seems the birthday celebrations are continuing, as William told children’s author Julia Donaldson that they are hosting a party for their little girl with her friends.

Julia had met William on Thursday when she received a CBE and he spoke about Charlotte’s birthday plans.

She told ITV News after meeting William: “He said it’s his daughter’s birthday today and he loves the book.

“He reads my stories to his children, and he said he was going to have quite a rowdy party – he’s got a lot of children [coming].”

It comes after Kensington Palace released beautiful snaps of Charlotte to mark her special day.

The Duke and Duchess of Cambridge are very pleased to share three new photographs
of Princess Charlotte ahead of her fourth birthday tomorrow.

The photographs were taken in April by The Duchess at Kensington Palace and at
their home in Norfolk. pic.twitter.com/skf95Z44EZ

The Duchess of Cambridge captured the pictures of her little girl smiling for the camera as she played outside at Kensington Palace and at their home in Norfolk.

The first picture shows Charlotte sitting on the grass wearing a blue floral dress as she smiled at the camera.

The second sees Charlotte grinning as she ran around holding a yellow flower while wearing a tartan skirt and a grey cardigan.

The final pic shows the royal climbing a fence as she smiled at the camera.

The post was captioned: “The Duke and Duchess of Cambridge are very pleased to share three new photographs of Princess Charlotte ahead of her fourth birthday tomorrow.

“The photographs were taken in April by The Duchess at Kensington Palace and at their home in Norfolk.”

Royal fans went wild for the adorable photos, with many convinced Charlotte looks like her great grandmother, the Queen.

Another said: “She does really look like the queen doesn’t she!” while a third agreed: “She looks so like the Queen!”

Charlotte is the Duke and Duchess of Cambridge’s second child. The couple are also parents to Prince George, five, and Prince Louis, who turned one on April 23.