Prince William has given his daughter Princess Charlotte the nickname 'Mignonette'.

During a recent royal visit to the RHS Chelsea Flower Show, the Duke of Cambridge and his wife Duchess Catherine took their four-year-old daughter and her two brothers Prince George, five and 13-month-old Prince Louis to explore Catherine's 'Back to Nature' garden at the event. 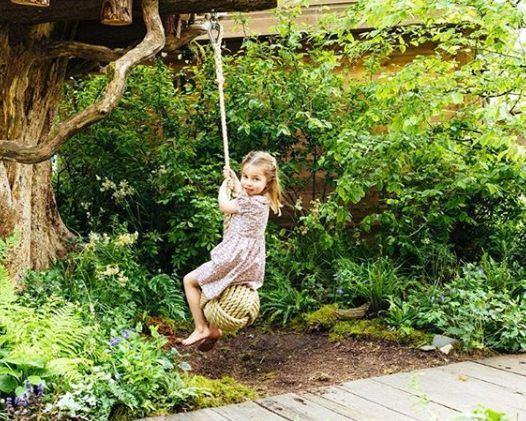 Then, referring to Charlotte, William says: "Mignonette? Give me a push."

'Mignonette' is derived from the French word 'mignon' which means meaning "small, sweet and delicate" or "cute".

Mignonette? Give me a push. 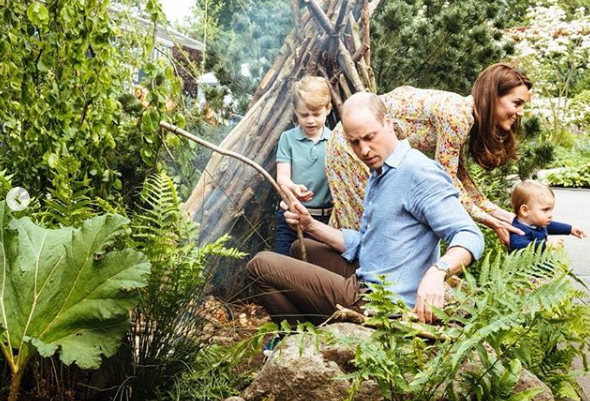 The Duke and Duchess of Cambridge took their children to explore Catherine's 'Back to Nature' garden (Credit: Instagram @kensingtonroyal / Photographer Matt Porteous)

William, 36, isn't the only one who has a nickname for Charlotte, and earlier this year it was revealed that Catherine, 37, has an adorable name for her daughter.

In the footage, Catherine says to the toddler: "Hello, what's your name? Hi George, what a cool name you've got, and you look very smart in your bow tie. It's very nice to meet you."

When Laura-Anne mentions she has another son Catherine enquires how old he is and when the blogger reveals he's four the royal says: "Oh, he's the same age as Lottie."