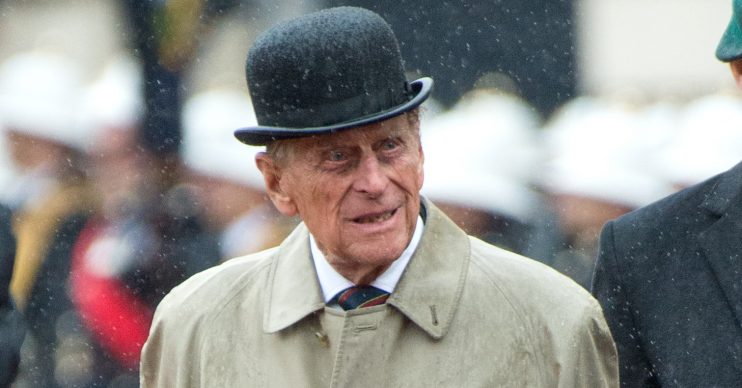 Palace unable to confirm he'll be home for Christmas

More details have emerged following the news that Prince Philip had been admitted to hospital on Friday (December 20).

It’s been reported that the royal – who is now 98 – suffered from a “flu-like” illness for weeks and had a fall before he was flown to a London hospital by helicopter.

The duke is now at King Edward VII Hospital in Marylebone, while his wife the Queen is at their Sandringham Estate in Norfolk.

The Daily Mail reports that Philip isn’t being treated as an “emergency case”.

However, a palace source has claimed that a “bad fall” left Philip “bed-bound”.

Philip lives alone in a farmhouse on the grounds of the Sandringham Estate, with insiders alleging that he is becoming increasingly frail.

The source said: “The duke has had a bad turn recently and has been looking much frailer of late.”

They added: “He’s a remarkable man who has always prided himself on how robust he is, but he is six months off his 99th birthday and age takes its toll.”

Read more: Dancing On Ice pro Matt Evers on the cheeky reason he’s had to change lifts with H

The source concluded: “He hasn’t been looking terribly well of late.”

He’s a remarkable man who has always prided himself on how robust he is, but he is six months off his 99th birthday and age takes its toll.

Buckingham Palace, however, insisted that Philip’s hospital stay had been planned.

In a statement, a rep said: “The Duke of Edinburgh travelled from Norfolk this morning to the King Edward VII Hospital in London for observation and treatment in relation to a pre-existing condition.”

It added: “The admission is a precautionary measure, on the advice of His Royal Highness’s doctor.”

The palace are unable to confirm whether or not Philip will be home for Christmas.