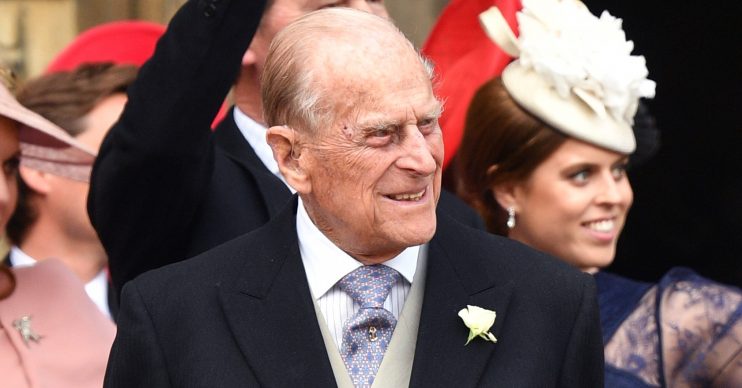 Prince Philip leaves hospital and ‘heads to Sandringham for Christmas’

He spent four nights in there

The Duke of Edinburgh has left hospital after spending the past four nights in there.

Prince Philip was seen leaving King Edward VII hospital after being admitted on Friday “for observation and treatment in relation to a pre-existing condition”.

Philip, 98, left the hospital at 8.49am on Christmas Eve and it’s thought he will reunite with the Queen at Sandringham in time for Christmas.

BREAKING: The Duke of Edinburgh has left hospital where he has been receiving treatment for a ‘pre-existing condition’.

The Duke made his own way to his car, dressed in a suit and tie and escorted by royal protection officers.

It comes after fears Philip would be spending Christmas Day in hospital after falling ill.

He’s being looked after very well in hospital.

On Monday, his son Prince Charles said they didn’t know much else on his father’s condition apart from him being treated well.

During a visit to flood-hit communities in South Yorkshire, he told reporters: “He’s being looked after very well in hospital. At the moment that’s all we know.”

He was later asked: “Sir, how is your father?”

Charles replied: “Alright. When you get to that age things don’t work so well.”

Last week, the palace said in a statement: “The Duke of Edinburgh travelled from Norfolk this morning to the King Edward VII Hospital in London for observation and treatment in relation to a pre-existing condition.

The news came after the Queen was spotted making her way to Sandringham to begin her Christmas break.

Read more: Prince Philip spends third night in hospital – will he be with back with the Queen and royal family for Christmas?

In 2017, Prince Philip retired from public life and he now spends much of his time in Norfolk.

It was revealed in 2018 that he battled through a cracked rib during Prince Harry and Duchess Meghan’s wedding.

The royal was said to have suffered the injury days before the ceremony after falling in the bath – six weeks after he underwent hip replacement surgery.