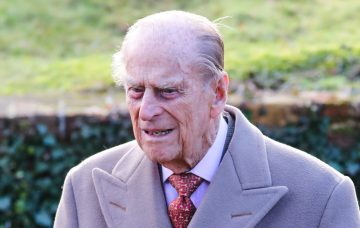 Prince Philip has exchanged his well-wishes to the occupants injured in Thursday’s car crash.

The Queen’s 97-year-old husband has also been given a clean bill of health after a hospital check up.

In a statement, Buckingham Palace confirmed on Friday that the Duke had returned to the Norfolk estate following precautionary tests in King’s Lynn.

It read: “On Doctor’s advice, The Duke of Edinburgh visited the Queen Elizabeth Hospital in King’s Lynn this morning for a precautionary check-up.

“This confirmed His Royal Highness had no injuries of concern. The Duke has returned to Sandringham.”

A spokesperson added: “Contact has been made privately with the occupants in the other car and well-wishes exchanged.”

It’s believed occupants of the other car involved the Sandringham smash may have suffered a broken arm and an injured knee.

However, it is understood the two women were discharged after receiving medical treatment.

The royal and the driver of the Kia were breathalysed by police after the incident, providing negative results.

Philip, who retired from royal duties in 2017 and underwent a hip operation last year, had to be pulled from his Range Rover after it flipped following the collision.

A witness, Roy Warne, 75, told The Sun that the Duke of Edinburgh was “conscious” when he was pulled from the wreckage, but “very, very shocked and shaken”.

He claims he heard Philip later tell police he was “dazzled by the sun”.

Norfolk Police have confirmed the incident will be investigated, and it is expected that statements will be taken from Philip, the driver of the Kia and any other witnesses.

“We are aware of the public interest in this case, however, as with any other investigation it would be inappropriate to speculate on the causes of the collision until an investigation is carried out,” a statement read.