Princesses Beatrice and Eugenie will be guests of honour at pop singer Ellie Goulding’s wedding next month, a newspaper report has claimed.

Ellie, 32, is believed to be a former flame of Prince Harry, the cousin of Prince Andrew’s daughters - and may even have been the Duke of Sussex’s most recent ex before he met Meghan Markle.

But although Harry is not expected to be in attendance as BRIT award winner Ellie ties the knot with art dealer Caspar Jopling, The Sun reckons his aunt and one-time HRH Sarah Ferguson is also planning to be there on the songwriter’s big day.

The tabloid also claims Prince William and Kate Middleton - serenaded by Ellie during their own Buckingham Palace wedding reception in 2012 - have been invited to the Yorkshire bash.

It is believed Harry and Ellie first became pals after meeting at his brother's nuptials.

And it is thought they may have dated after they were spotted together at the Audi Polo Challenge in May 2016.

Other famous names said to be on Ellie's wedding guest list include Rita Ora and Ed Sheeran.

While York Minster cathedral is tipped to be venue for the ceremony itself, the newspaper claims a VIP reception for 300 family and friends will be held at nearby stately home Castle Howard. 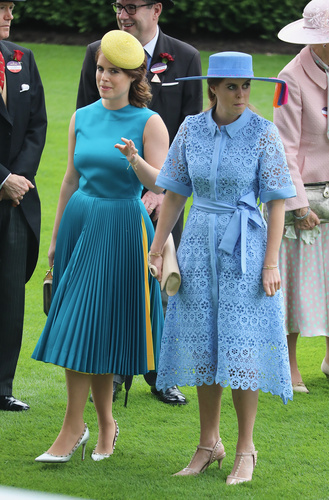 Beatrice and Eugenie are expected to get their hats out for Ellie (Credit: SplashNews.com)

The report also suggests "designer" vegan food will be on the menu and more than £20,000 will be spent on flowers.

However, it is not confirmed whether Ellie will perform herself at the reception - although a solo showing is said to be under consideration.

Ellie and Caspar announced their engagement in The Times last August.

ED! has approached a representative for Ellie for comment. 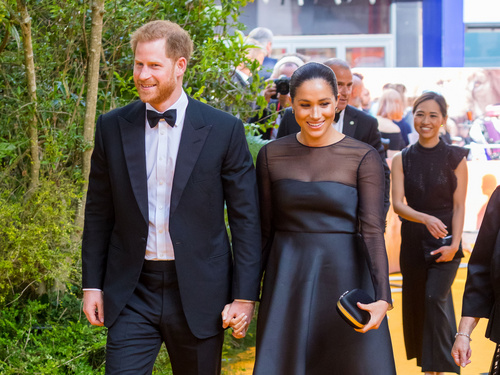 Harry and Meghan put a ring on it in 2018 (Credit: SplashNews.com)