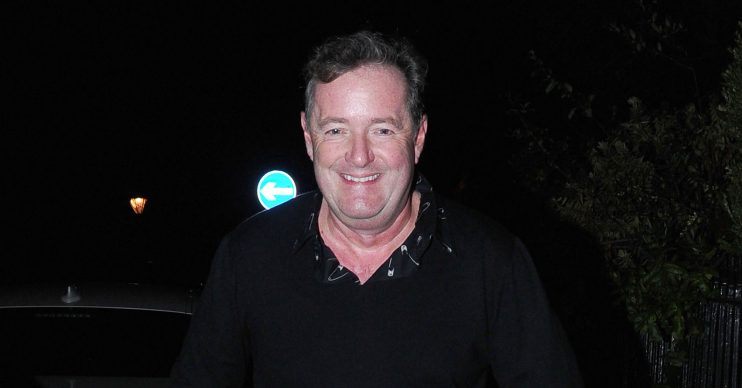 He’s never shy with his opinions regarding Prince Harry and Meghan Markle, and now Piers Morgan has once again slammed the royal couple.

Taking to The Daily Mail to write his weekly column, Piers once again laid into the pair for what he argued was double standards.

In the column, Piers attempted to answer the charge of whether the media had hounded out the couple, which Harry alluded to when he spoke at a function last night (19.1.20).

The TV host went onto lambast them for using private jets when they ‘lectured’ the public about environmental issues, and stopping members of the general public taking photos while they appeared at Wimbledon.

“Oh, I know, I know…the only accepted narrative, certainly on Twitter, is that the mean, beastly, racist media has driven out poor Harry and Meghan with our despicable antics,” he wrote.

So, on behalf of the disgusting British media, I humbly and sincerely apologise for holding these two rich, privileged public figures to any kind of accountability.

“So, on behalf of the disgusting British media, I humbly and sincerely apologise for holding these two rich, privileged public figures to any kind of accountability.”

Piers continued to defend the media, saying that, “It could just be that Meghan and Harry are a pair of spoiled, entitled, hypocritical brats who decided to hold the Queen and Monarchy to ransom so they could have their royal cake and eat it, and have now had their bluff called and been sent packing.

Bottom line: Meghan/Harry wanted to have their cake & eat it, but the Queen just took the cake back to the royal kitchens. pic.twitter.com/v635IKyfEn

Piers praised the Queen when she released a statement at the weekend regarding the future of her grandson and Meghan.

As the news broke, he praised the Queen, agreeing with the decision for the under-fire royal couple to ‘sling their hook’.

He also took aim at Meghan again saying he was “Only surprised it took her so long to get Harry to ditch his family, the Monarchy, the military and his country. What a piece of work.”