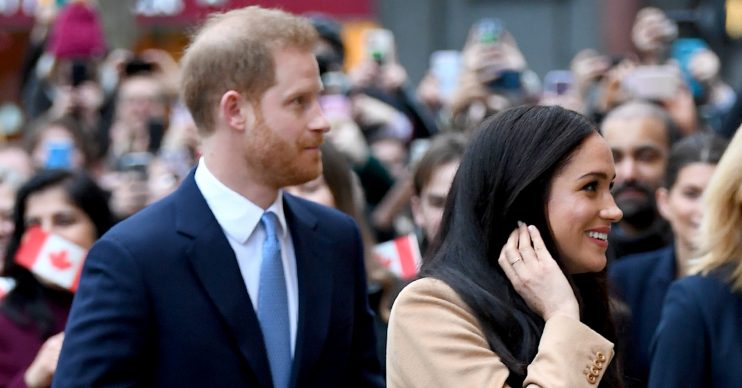 Back from Canada and back to work for the royals

The Duke and Duchess of Sussex have delighted fans by making their first public appearance of 2020.

The couple looked relaxed and happy as they returned to work following their six-week break from the spotlight.

They spent the festive period in Canada and, soon after landing back on British soil, Harry and Meghan headed to Canada House in London to thank the high commissioner for her country’s hospitality.

The couple – who are parents to son Archie – wanted to meet Her Excellency Janice Charette and her staff to “thank them for the warm Canadian hospitality and support they received during their recent stay”.

Former actress Meghan was all smiles as she arrived dressed for the winter chill in a camel-coloured coat.

She teamed it with a satin midi skirt, coordinating roll-neck jumper and a cute pair of velvet courts.

However, the engagement came as a surprise to many royal watchers.

Harry and Meghan were on a private break, not official business, in Canada.

As such, it is unheard of for a member of the royal family to take part in an engagement to thank a country that hasn’t officially hosted them.

Meghan clearly has strong ties to the country and has previously described Canada as a second home after spending seven years there while filming Suits.

We’ll see them take on more work in Canada, perhaps even a tour, but I don’t think they’re house-hunting yet.”

Earlier this week, royal expert Omid Scoobie revealed that he thinks Harry and Meghan will be spending a lot more time in the country.

He told OK!: “It’s an important place for Meghan and she has family and friends there.”

He added: “We’ll see them take on more work there, perhaps even a tour, but I don’t think they’re house-hunting yet.”

Also on the royal agenda today was a private visit to The Hubb – the Grenfell community kitchen project that Meghan collaborated with on the Together cookbook.

Head to our Facebook page @EntertainmentDailyFix and let us know what you think of the couple’s return.