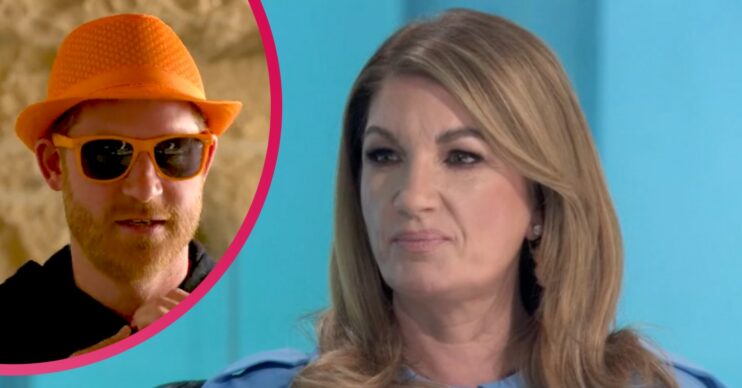 Referred to Prince Harry as 'His Royal Wokeness'

Prince Harry has been slammed as ‘a laughing stock’ by Karren Brady in a print news column.

The businesswoman and life peer, 52, took aim at the Duke of Sussex in The Sun today (Sunday, March 20).

She claimed Prince Harry has “become a joke” as she compared him to President Zelenskyy and anti-Putin activists.

The Apprentice star suggested Prince Harry positioned himself as a “moral crusader” when he moved to the US.

But Karren reckons that hasn’t been borne out as she considered how others have performed during the Ukraine crisis.

She also invoked how other royals have indicated their support for Ukraine with blue and yellow motifs, comparing Prince Harry’s efforts to promote the Invictus Games.

Claiming he was ‘doing an impression of the Tango Man’, Karren wrote: “From a man who decided that his new job was to be a moral guardian, playing fancy dress right now makes him seem completely out of touch.”

‘Harry has himself to blame’

Karren went on to suggest Prince Harry bears responsibility for being the punchline of a joke during the BAFTAs, too.

And that’s because any consequences are due to choices he has made, in her opinion.

She also expressed her antipathy for Prince Harry choosing not to attend the memorial service for his late grandfather Prince Philip.

And Karren also pondered how there must not be similar security issues concerning him in the Netherlands for the Invictus event.

She concluded: “He wants to be seen as a caring crusader, but in leaving the UK the prince has lost touch with one of the most significant characteristics of being royal and that is… dignity.

💛🖤| Prince Harry, The Duke of Sussex, is getting ready for the Netherlands with some Dutch lessons. We look forward to giving him a warm welcome in #TheHague. As we all prepare for The Games, our thoughts are with Team Ukraine, as well as their friends & family. #InvictusGames pic.twitter.com/HD7kRr3ZX7

Read more: Meghan Markle ‘given a quiet talking to by the Queen following wedding row’

“Right now, Harry should be reading the room and the global crisis that the world is facing and behaving accordingly.”

The Apprentice final airs on BBC One, Thursday March 24, at 9pm.