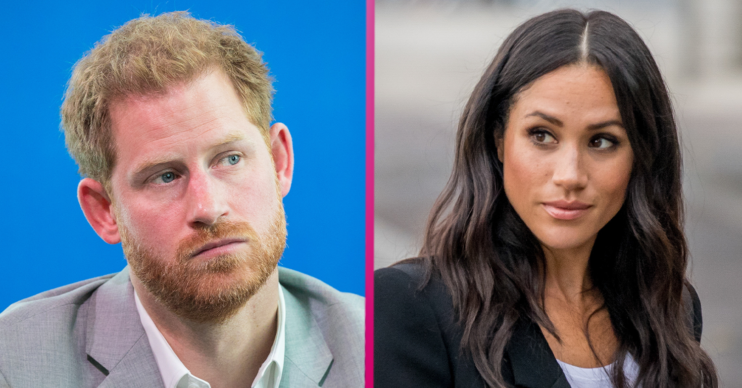 One was for an intruder on Christmas Eve

Harry, Meghan and son Archie moved to the Montecito mansion in July 2020.

And, since then, the Santa Barbara County Sheriff’s Office has responded to calls listed as phone requests, alarm activations and property crimes.

The news comes after Harry and Meghan’s bombshell Oprah Winfrey interview, in which they raised concerns about their security.

What happened at Prince Harry and Meghan Markle’s home?

Police responded to nine calls – made either via the phone or via alarm activation.

All happened in the early hours of the morning.

And, it’s been reported, that police were called to the couple’s home on Christmas Eve at 4.13pm after reports of a trespasser.

Officers are said to have returned on Boxing Day for a call listed under property crimes.

I was born into this position. I inherited the risk. So that was a shock to me.

A 37-year-old man was booked in to jail on a misdemeanour trespassing charge and later released, police confirmed.

The Sun said it tracked him down and he admitted he may have been “high” when he trespassed on the sprawling property.

The most recent call took place on February 16 this year and is listed as an alarm activation.

What did Harry and Meghan tell Oprah about security?

In last month’s tell-all interview, the couple shared their worries about the security of their family.

Harry said he never thought the royal family would withdraw the couple’s security after they stepped down.

He told the US TV show host: “I was born into this position. I inherited the risk. So that was a shock to me.”

Harry had previously listed the couple’s security as the reason the family left Canada and settled in America.

He said at the time: “The biggest concern was while we were in Canada, in someone else’s house, I then got told, short notice, that security was going to be removed.

“So suddenly it dawned on me , hang on a second, the borders could be closed, we’re going to have our security removed, who knows how long lockdown is going to be, the world knows where we are, it’s not safe, it’s not secure, we probably need to get out of here.'”