Prince George joined his parents the Duke and Duchess of Cambridge on a royal engagement today.

Kate and William went head-to-head in the annual King's Cup yachting regatta in Cowes, Isle of Wight, on Thursday afternoon and were joined by the likes of Bear Grylls, John Bishop and Helen Glover.

George, six, was pictured on a boat alongside younger sister Princess Charlotte and he proudly showed off his gap-toothed smile. 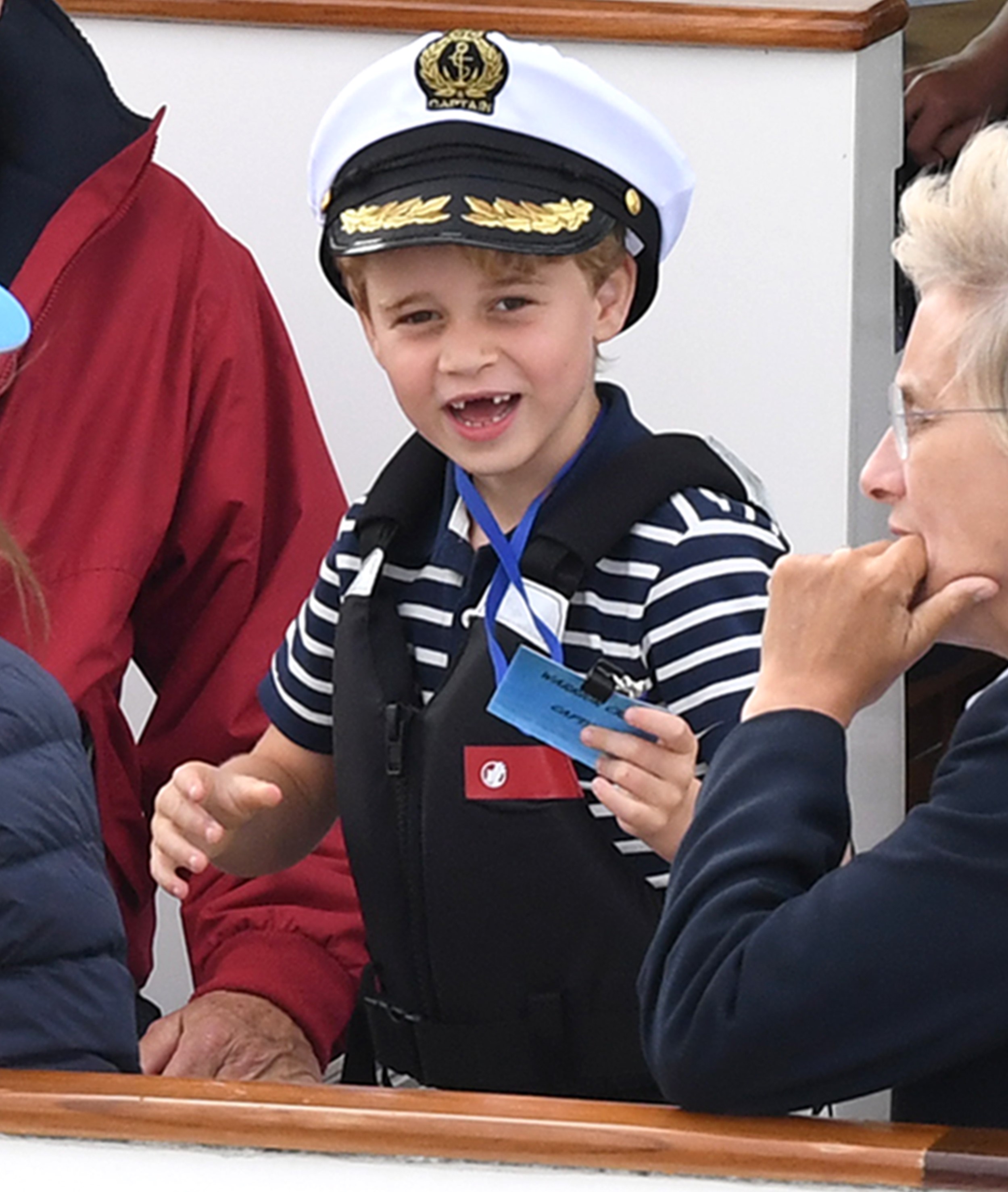 Look at that smile! (Credit: Splashnews.com)

Read more: Kate shows off radiant tan as she goes head-to-head with William in sailing race

In the photos, the young royal is seen wearing a sailor hat and a blue and white striped top underneath a life jacket as he smiled for the cameras.

Charlotte, four, was seen standing behind her brother while also wearing a life jacket.

It wasn't long before she spotted the cameras and gave a little smile. 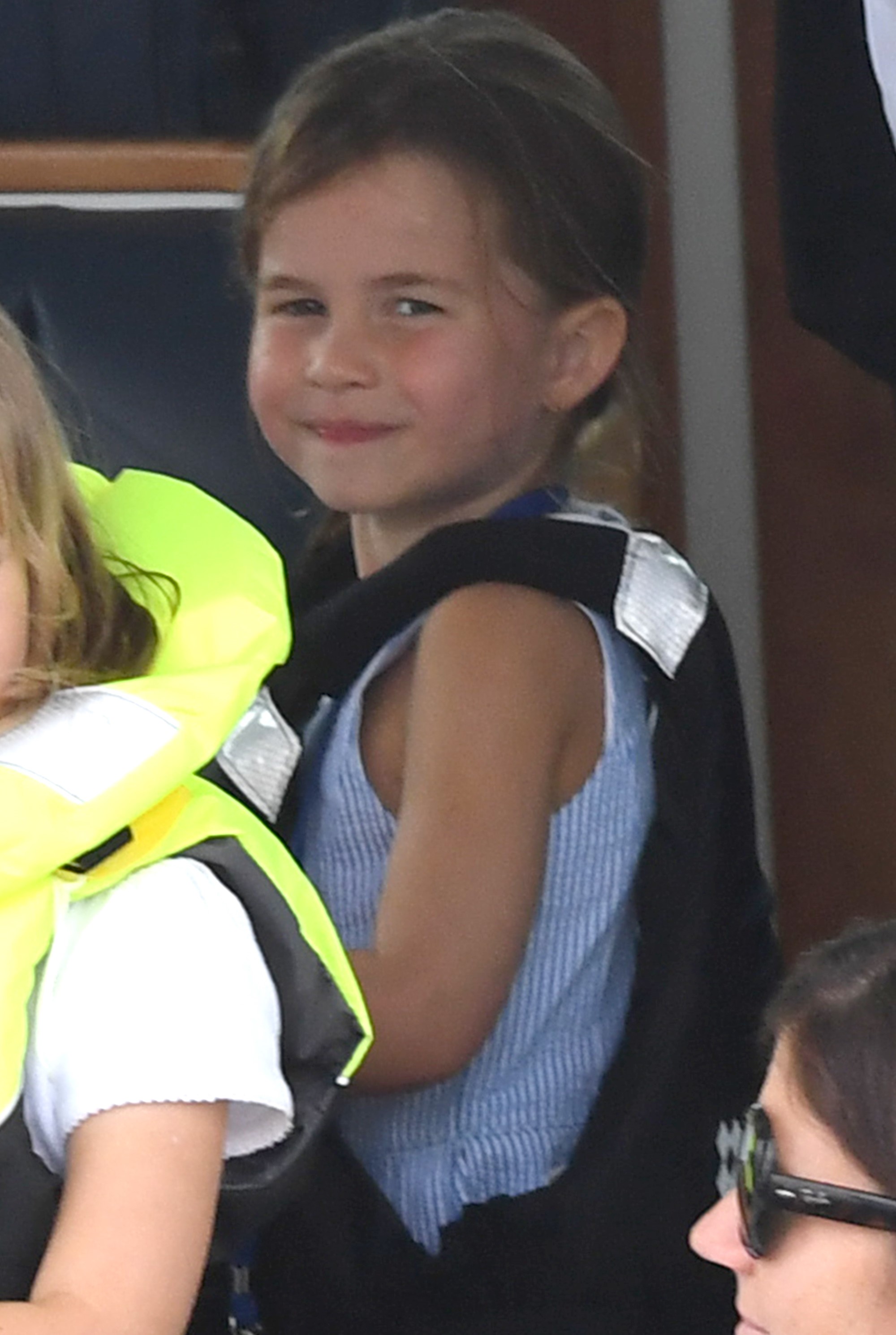 Kate and William were busy taking part in the race to bag the The King's Cup trophy, which is a cup first presented by King George V at Cowes’ Royal Yacht Squadron in 1920.

Kate, sporting a radiant tan after recently returning from a family trip to Mustique, was seen smiling at her hubby shortly before the competition started. 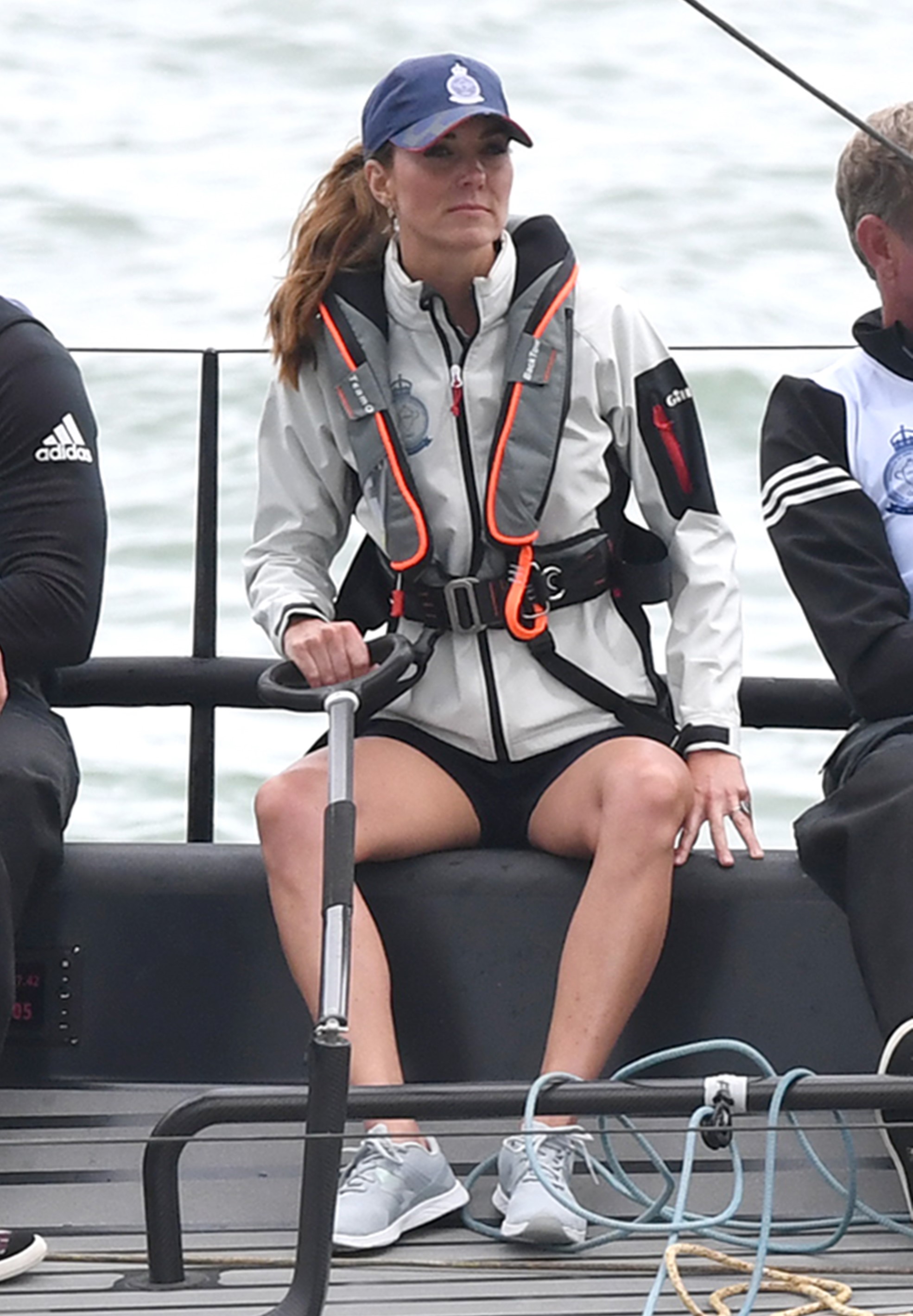 Kate took part in the event against William (Credit: Splashnews.com)

The Duchess wore a pair of navy shorts and a white polo top as she posed alongside William and The King's Cup charity ambassadors.

She had her brunette locks tied up in a ponytail as she sported a navy hat. 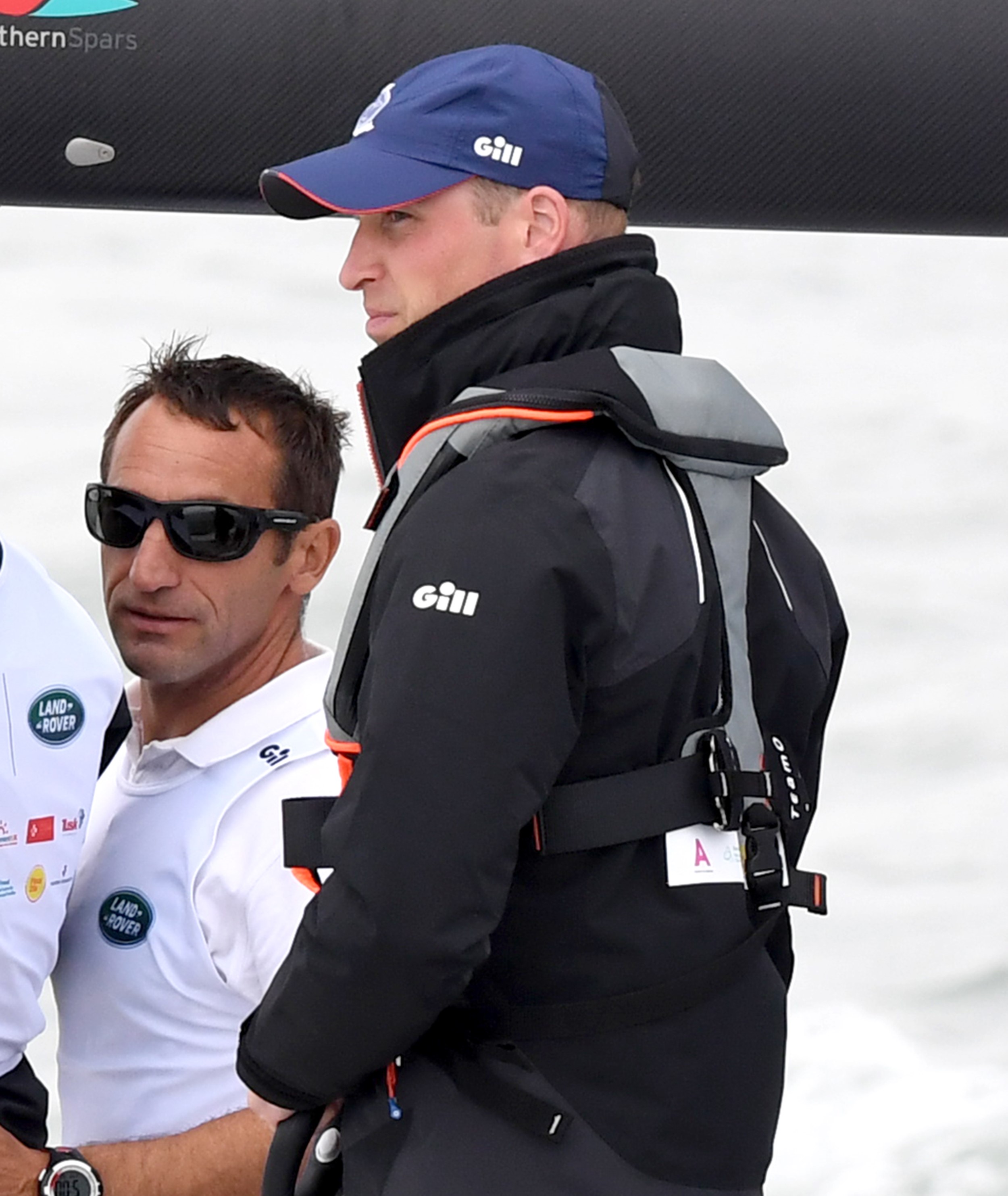 Kate later put on a padded coat to keep her warm on the water.

Meanwhile, William wore the same as Kate but put on a black coat when they hit the water.