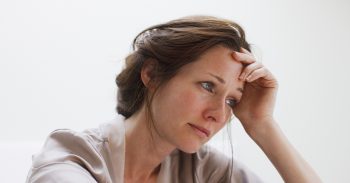 The woman was heading on maternity leave

A pregnant woman has said she was offended by a co-worker’s message to her before starting maternity leave.

The mum-to-be revealed her line manager organised a “mini leaving do” for her and she received some “lovely gifts” and a card with messages from all her co-workers.

However, one of the messages didn’t go down too well with the woman.

Read more: Bride refuses to pay wedding photographer unless he fulfilled her ‘five-page list’ of demands

Taking to Mumsnet, the anonymous woman wrote: “I had my last day at work this week before starting maternity leave.

“My line manager organised a mini leaving do for me and I received some lovely gifts and a card with messages from all of my co-workers.”

She continued: “One of the messages from a more junior member of my team said ‘congratulations on having a baby and passing your workload onto me’. Am I right to feel a little offended by this?

“I know it may have been tongue in cheek but it wasn’t followed by anything and it isn’t the first time she’s made remarks (I’ve been part-time since having DS [dear son] and she often comes out with ‘enjoy your day off’ etc).

“I appreciate that she feels as though her workload will increase in my absence, however we have just hired another junior who will also be sharing the workload.

“I just can’t help feeling that it’s a disservice to women to make such remarks (ironically she is part of the company’s equality committee).”

Fellow users were quick to share their thoughts, with many blasting the co-worker’s message.

One person commented: “She sounds a delight have you said anything about her to your line manager? I would [say] being a sarky moo just makes her look bitter.”

Another wrote: “Even as a joke it isn’t the time or place to make it (unless you’re very close and you know the recipient will see the funny side). She sounds rude and bitter.”

“It could obviously be a joke, but I had a co-worker who made comments like this all the time and she clearly wasn’t joking,” a third added.

However, others said the message was probably written in humour.

One person said: “I’m pretty sure it was intended as a joke, I understand feeling sensitive around now but I’m pretty certain it was ill-judged humour and nothing more.”

Another added: “I’d read it as a joke and not to let it bother you,” while a third wrote: “Sounds like she was trying to make a joke.”