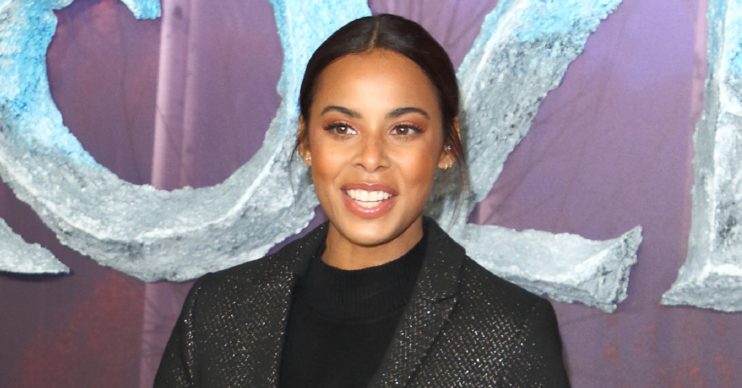 It was a "teeny little hello"

Presenter Rochelle Humes has delighted her fans and celebrity pals with a cute video of some of the first kicks from her unborn baby.

The pregnant This Morning host, 31, posted a clip on Instagram showing her bare belly moving ever so slightly as her son gave her a “teeny little hello”.

What happens in the video?

Read more: Rochelle Humes feels ‘nervous’ as she sends her daughter back to school

In the video, which she shared on Saturday (June 27) evening, Rochelle films her baby bump as she taps it gently – and gets a few tiny kicks in response.

She wrote in the caption, “Hey Mama” with a waving emoji, adding: “It’s a teeny little hello but it’s made my day.”

Amanda Holden also featured in the comments, posting a heart emoji. Comedian and dad-of-three Paddy McGuinness related: “Yes! I used to love these moments. Freaked me out but in an amazing way.”

Ex Girls Aloud star Kimberley Walsh wrote: “I mean, it can never not amaze me.”

Rochelle also delighted her fans with the video, as one put: “The best feeling in the world.”

Another told her: “Beautiful, best feeling ever.”

A third said: “So lovely. I remember those moments well.”

Last week, the former The Saturdays singer teased that motherhood could be set to cost her a pretty penny.

Rochelle, who already has two daughters with husband Marvin, revealed she is desperate to purchase a very expensive designer cot for her third child.

The cot costs a staggering £1.6k and Rochelle shared a picture of it on Instagram, writing in the caption: “In love…”

High-end retailer Harrod’s describes the cutting-edge cot as “setting a new standard of luxury” that will “bring high sophistication into your nursery decor”.