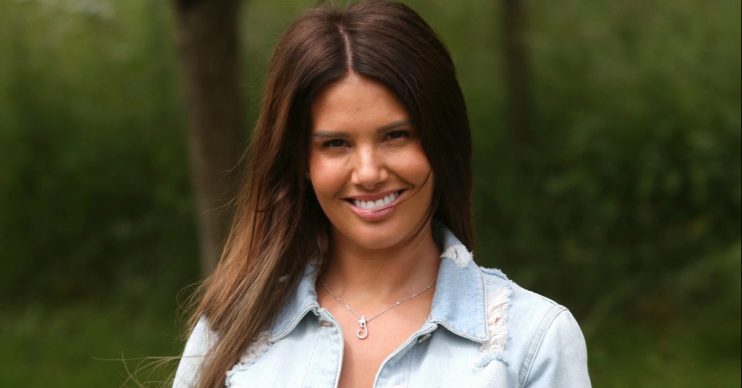 And husband Jamie says she "deserves" to be spoilt

She hit the headlines over the summer after Coleen Rooney accused her of selling stories to the papers.

But it looks as if heavily pregnant Rebekah Vardy put her troubles to one side as she celebrated the impending birth of her fifth child.

Becky’s sister Esther threw the wife of Leicester City star Jamie Vardy a surprise baby shower at a spa in the Cotswolds.

The star and her baby squad holed up at the Bamford Haybarn at Daylesford Organic Farm and enjoyed spa treatments and cute pink and blue sweet treats.

Becky is already mum to Megan, 11, and Taylor, six, from previous relationships, and Sofia and Finlay with husband Jamie.

Aww it was such a nice day and you deserved to be spoilt!

The spa was decorated with balloons that read: “Oh baby.”

Becky said: “Such an amazing surprise… thank you to my amazing sister. Love you all.”

Husband Jamie was quick to comment. He said: “You deserve it.”

Read more: Zoe Ball “dumps” her boyfriend of two years after he became “too clingy”

Esther, who is also pregnant, said: “What a lovely day yesterday surprising my sister @beckyvardy @daylesfordfarm with a little baby shower! Thank you @bamford for looking after us, the treatments were incredible, we will be back!”

She added: “Aww it was such a nice day and you deserved to be spoilt!”

Fans were quick to comment on the pictures, echoing her family’s sentiments.

“Congratulations Becky. Hope you had a lovely baby shower. You deserve it. Be happy,” said one.

Another added: “Nice to see you smiling again.”

Rebekah recently laughed off the Coleen drama by appearing to mock the star in a tweet that poked fun at the WAGs’ bust-up.