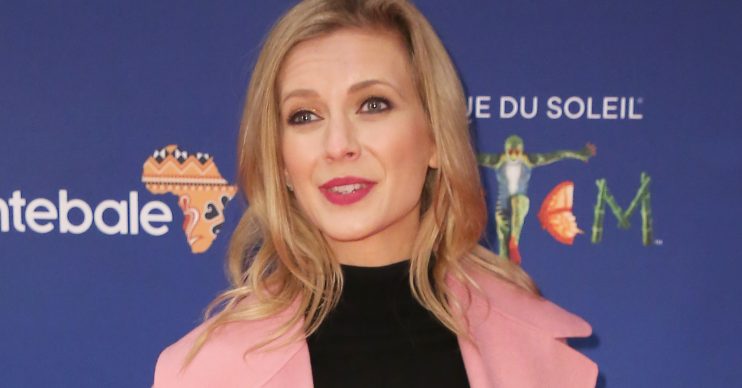 Pregnant Countdown star Rachel Riley has opened up about her parenting fears and admitted the idea of becoming a mum is “scary”.

When she was 12 weeks pregnant, Rachel got the opportunity to see what it’s like being a mum by looking after kids on reality series My Famous Babysitter.

In an interview with The Mirror, she said of the experience: “It’s crazy how the universe has plans for you. At the end of last year I was thinking about a family and I guess this show is the only way you can try before you buy with kids!”

Speaking further, Rachel told the publication: “Pasha and I are honestly really excited. It’s scary and exciting all at the same time. Our parents are over the moon and so are our friends.”

It’s scary and exciting all at the same time.

The star also revealed her fears that she and Pasha won’t have it in them to be strict when its needed, and thinks they could be in for a “shock”.

She continued: “I think we might have a shock in store when the little one’s drawing with crayons all over the wall! It’s quite possible our little one is going to have both of us wrapped around their little finger!”

She’s believed to be due pretty soon, and since announcing her pregnancy back in May with a Countdown conundrum on Twitter, Rachel has kept her fans up to date with pics showing off her growing baby bump.

But it hasn’t all been smooth sailing for the presenter, who revealed in September that her unborn child actually stopped moving after she became stressed out over social media trolls.

In a chat on the podcast Trolled, Rachel explained that she received vicious messages from people upset with her criticism of the Labour party, which included her backing of a BBC Panorama documentary asking if Labour is anti-Semetic.

She said: “I was very stressed and upset and my baby stopped wriggling for a couple of days. At that point you think, ‘Nah’.

“I realised that however mentally strong I am, there’s adrenaline, there’s hormones that go through your body,” she told the host, former EastEnders actress Tracy-Ann Oberman, adding: “And now I’m sharing them, I absolutely don’t need to give that to my baby.”