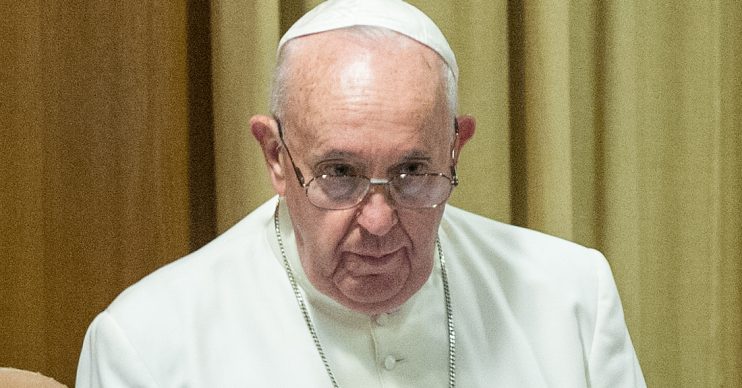 He was due to meet Rome clergy

Pope Francis has reportedly taken ill and had to miss a planned Mass as northern Italy finds itself in the grip of the coronavirus outbreak.

The leader of the Catholic Church, 83, was seen blowing his nose and coughing during mass on Ash Wednesday (February 26 2020).

And now, the Vatican has said the pontiff is suffering from a “slight indisposition”, the Daily Mail reported.

The pope, officials confirmed, would be proceeding with the rest of his Thursday schedule but wanted to remain close to the Vatican hotel where he lives, Santa Marta.

There is no word yet regarding the nature of Pope Francis’ illness.

On Wednesday, he was snapped kissing worshipers’ heads and touching their hands as he met crowds who came to see him in St Peter’s Square.

He showed solidarity for people affected by the coronavirus outbreak when he spoke to those gathered.

As reported by the Mirror, he told them: “I wish, again, to express my closeness to those who are ill with coronavirus and to health-care workers who are caring for them.”

The pontiff was scheduled to meet Rome clergy at the St John Lateran basilica and celebrate a penitential Mass at the beginning of Lent, but had to cancel.

I wish, again, to express my closeness to those who are ill.

It comes as reports suggesting northern Italy is fast becoming a European hotbed for coronavirus, which has so far infected over 400 people there.

And now, thousands of British people face the prospect of having their holidays cancelled as British Airways has shut down flights to part of the country.

The airline is reportedly cancelling some flights to Milan while merging others together because of “reduced demand due to the continuing coronavirus issue”, a spokesperson quoted by The Sun revealed.

Read more: Gemma Collins’ ‘new show in chaos after she’s forced to cancel trip to China due to coronavirus’

The UK government, meanwhile, is advising Brits not to visit destinations on a list of towns in northern Italy, except in cases of “essential travel”.

On its website, a statement reads: “The [Foreign and Commonwealth Office] advise against all but essential travel to 10 small towns in Lombardy (Codogno, Castiglione d’Adda, Casalpusterlengo, Fombio, Maleo, Somaglia, Bertonico, Terranova dei Passerini, Castelgerundo and San Fiorano) and one in Veneto (Vo’ Euganeo), which have been isolated by the Italian authorities due to an ongoing outbreak of coronavirus (COVID-19).”

Earlier this week, it was reported that experts fear coronavirus could kill as many as half a million people in Britain.