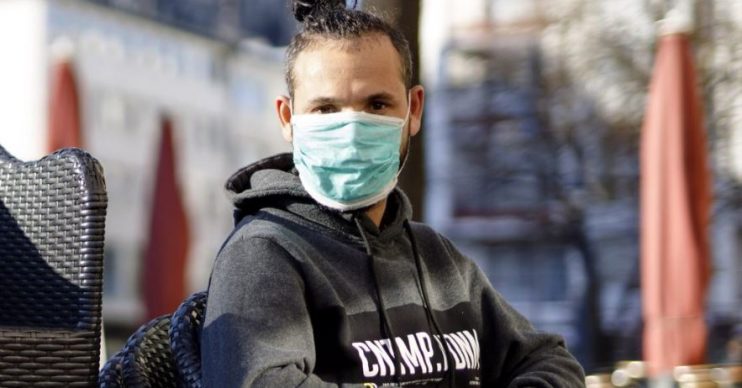 Schools all over the world are closing because of the outbreak

People have reacted with fury and disgust after police responded to reports of teens deliberately coughing on produce at a supermarket amid the coronavirus pandemic.

In a sick new challenge for social media, teens were said to be coughing all over goods with a view to posting clips of their deeds online for others to see.

Cops in Purcellville, a the town in Virginia, US where the incident happened, revealed they identified the kids involved and notified their parents.

“After a thorough investigation, the Purcellville Police Department identified the juveniles involved, notified their parents, and subsequently interviewed the subjects.

“The two juveniles questioned admitted to their involvement, and it was determined that there was no criminal intent. The investigation concluded the teenagers were getting close to other patrons and coughing into their own sleeves, while filming it on their phones.

“After viewing the video footage, officers determined no actual customers or produce were spit or coughed on directly, but we appreciate the store’s swift action in reporting the incident to police and removing any items in question to ensure the health of store patrons and employees.

There was no criminal intent.

“Due to the age of the minors involved, no names or video footage will be released.”

Writing further, the force asked that all parents continue to monitor their children’s activities – and curb any “fear inducing behaviour” – now that schools have been closed because of the COVID-19 outbreak, as they were here in the UK this week.

It concluded: “We still ask that parents continue to monitor their children’s activities, including social media viewing and posting, and to discourage the promotion of any such fear-inducing behavior.”

People reacted with anger in the post’s comments, with one demanding: “Make their parents eat produce coughed on by a bunch of strangers, in front of the teens.”

Some one else suggested, as punishment: “Make them pay for what had to be discarded.”

Another level-headed Facebook user responded: “Not making excuses for these kids but teens do stupid stuff. We all did. The first step in fighting the wrong is confronting it and letting them learn from it.”

As of Saturday (March 21) afternoon, the ongoing coronavirus crisis had killed 233 people in the UK.