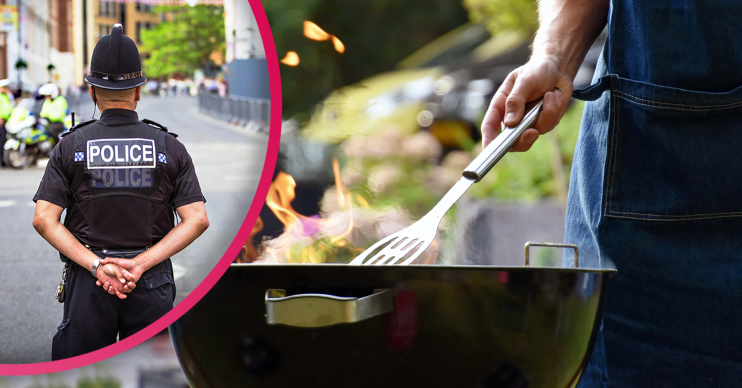 Comes after officers were accused of being "heavy handed"

The police are seeking new powers that’ll allow them to enter homes and stop any parties or barbecues they deem unnecessary under the UK’s lockdown laws.

The Police Federation said there is a loophole in the current laws which means they’re unable to enter a premises to break up a party unless the homeowner lets them in.

However, with the number of house parties increasing, the force said more needs to be done to stop the spread of coronavirus.

In the first week of lockdown, Greater Manchester Police were called to 494 gatherings in just four days.

As a result, the Telegraph reports the body has now requested the new powers.

A federation source said: “We have asked they consider giving us powers around private gatherings or gatherings in a private dwelling. We have no right to enter a property and say stop having a party.”

It’s a shame we have to consider giving police more powers to shut down BBQs because of some #Covidiots who can’t follow a simple instruction.

They added: “Some officers are having to work round it using other legislation that wasn’t designed for it.”

“No right to enter”

Currently, police can only enter private homes without a warrant for five reasons.

They can enter when in close pursuit of someone they believe has committed, or attempted to commit, a serious crime.

Police are also allowed inside a home to sort out a disturbance, if there are cries for help, to enforce an arrest warrant or if invited in freely by the occupant.

However, the request is likely to be declined by home secretary Priti Patel.

Last week, she spoke about the police’s “heavy handed” approach during the pandemic.

Read more: KFC reopens some restaurants for delivery only

It came after officers were reported to have checked shoppers’ baskets for “non-essential” items.

Another officer was caught telling a family they couldn’t use their front garden and to go inside.

The hashtag #policestate was trending on Twitter as a result.

However, a Home Office source said the measures weren’t needed “at this point”.

“It would be a really big step for policing that isn’t needed at this point. Also if there are people at parties or barbecues, the police can issue the fixed penalty notice as they travel to or from the party,” they said.

Currently in the UK, people are not allowed to socialise with anyone they do not live with.

As a result, barbecues with those you live with are allowed.

Gatherings with others outside of your household are strictly forbidden.