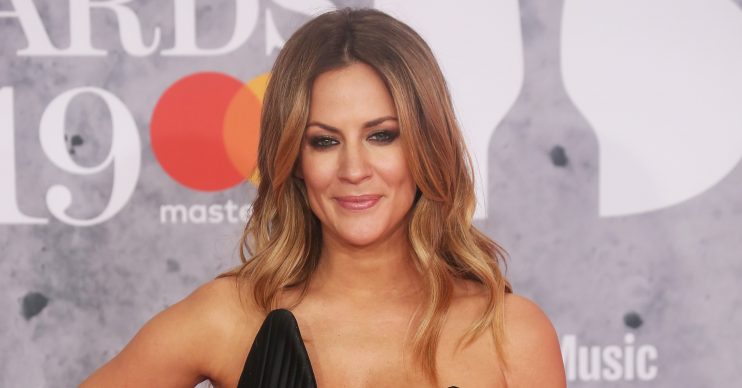 After her death, an off-duty ScotRail conductor was reportedly filmed singing about Caroline’s death.

It’s been said the footage was taken while the football fan was travelling to a Hibs away game at Kilmarnock two weeks ago.

The video showed the man chanting: “[Expletive] Caroline Flack, she won’t be punching boyfriends any more,” appearing to reference the alleged assault of her boyfriend Lewis Burton.

The clip was viewed more than 200,000 times on Twitter but has since been reportedly taken down.

One woman told The Scotsman:“I was shocked and appalled by the behaviour [of the man], an Edinburgh conductor.

“He was travelling on a ScotRail train off duty and saw fit to shout and scream the most awful misogynistic abuse about a poor woman who [killed herself].”

British Transport Police (BTP) confirmed the video was being investigated.

We’ll be working to identify those involved, then submit a report to the procurator fiscal for their consideration.

According to publication, officers told one person who reported the video to them: “I can confirm we are investigating this incident and had already received separate anonymous reports.”

A BTP spokesman said: “We’ll be working to identify those involved, then submit a report to the procurator fiscal for their consideration.”

A ScotRail spokesperson told the publication: “We wouldn’t comment on any individuals.”

Caroline was due to stand trial on March 4 but tragically took her own life after reportedly learning the Crown Prosecution Service would be pursuing a case against her after she was accused of assaulting her boyfriend Lewis in December.

On Friday, the CPS confirmed they have closed the case after Caroline’s death certificate was presented to Highbury Magistrates’ Court in North London.

Last month, Caroline’s family said in a statement: “We can confirm that our Caroline passed away today on the 15th February. We would ask that the press respect the privacy of the family at this difficult time.”