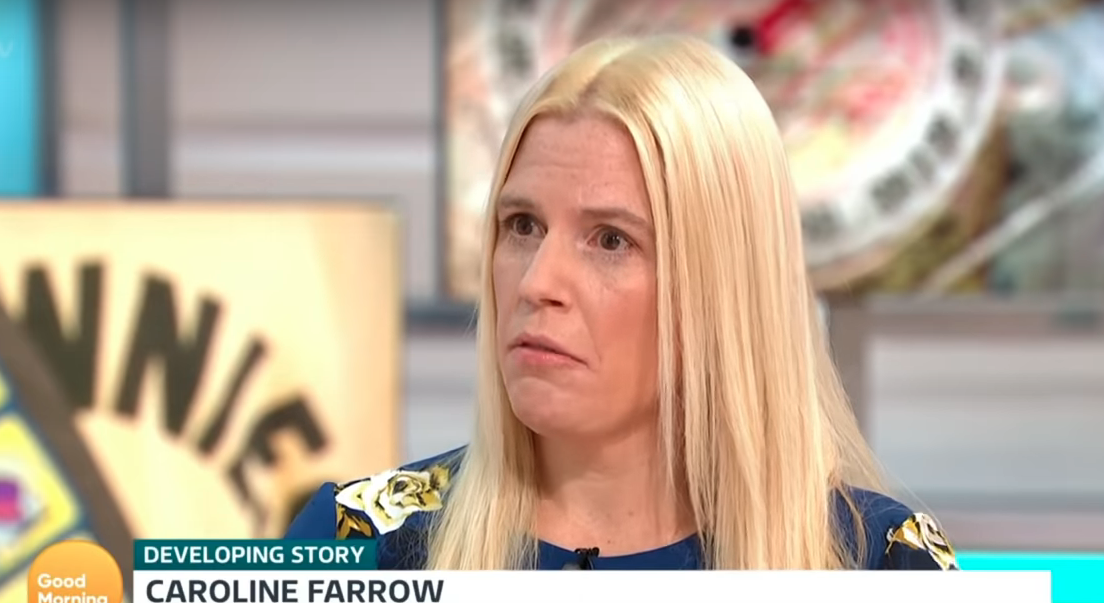 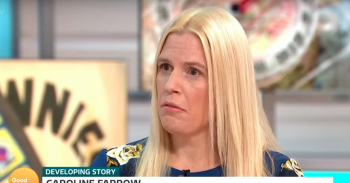 A TV pundit who debated whether transgender children should be permitted to be part of the Girl Guides group has been accused of ‘misgendering’ the trans daughter of her Good Morning Britain opponent.

Journalist Caroline Farrow, 44, has been asked to attend an “voluntary interview” with police after they were contacted with a complaint over her use of pronouns on Twitter.

She is alleged to have described Susie Green’s daughter as “him” in tweets reportedly published on the social media platform in the weeks following their telly clash.

Earlier this week Farrow told her Twitter followers she had been contacted by police over the alleged tweets, claiming she may be arrested if she failed to turn up for questioning.

Read more: GMB viewers fall in love with 5-year-old girl who lost her limbs to meningitis as she presents the weather

It is believed she is due to speak with police in Guildford, Surrey, regarding the matter.

Claiming to be unable to recall the tweets at the centre of the row, Farrow also insisted she has not done anything illegal and “will happily do jail time for my right to say that people cannot change sex.”

She also said a police officer told her the alleged misgendering could be an offence under the Malicious Communications Act.

However, Farrow feels she cannot have breached the Act because it requires offenders to be threatening or obscene – and she maintains that has not happened.

She is reported to have told The Sun: “What I don’t do, is use a chosen pronoun, I always use a gender neutral pronoun. That way I am not saying ‘you are a man’ or ‘you are a woman’.

“I have never tweeted at her child directly.

Farrow, a columnist for a Catholic publication, also suggested the police might be better off focusing on other matters. 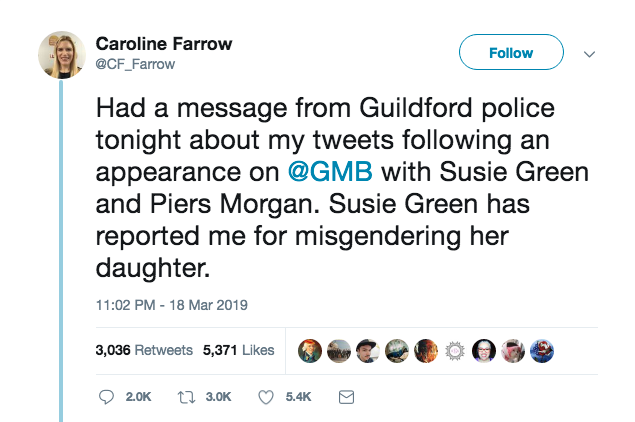 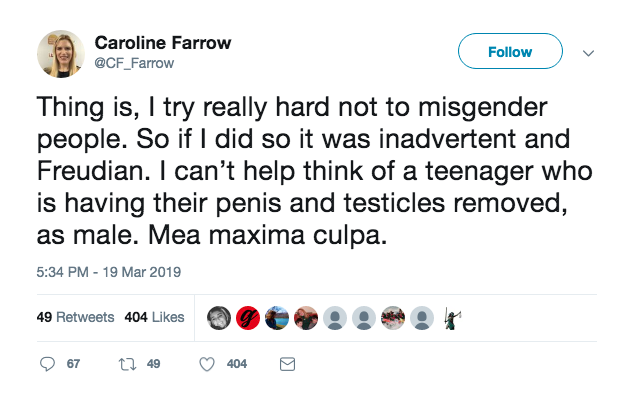 Surrey Police said in a statement to the Mirror Online website: “We received an allegation on 15 October 2018 in relation to a number of tweets which were posted in October 2018.

“A thorough investigation is being carried out to establish whether any criminal offences have taken place. A 44-year-old woman has been asked to attend a voluntary interview in relation to the allegation as part of our ongoing investigation.

“We have been made aware that a number of allegations have since been made on Twitter and we will be making contact with the person concerned in relation to these posts.”