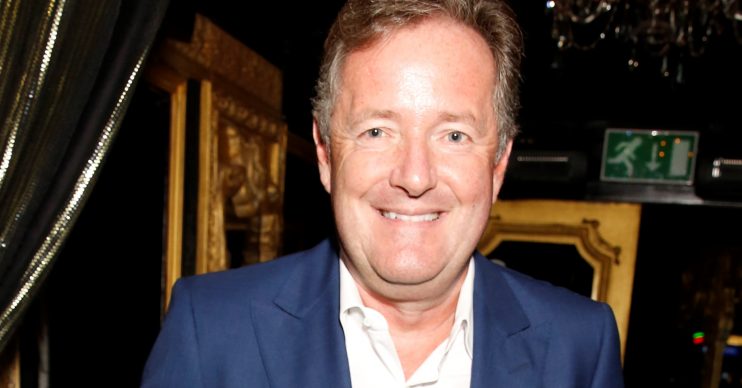 Troll threatened to 'open him up'

TV’s Piers Morgan has revealed the police are involved after he received vile threats on Twitter from a young man he met at the TRIC Awards.

But it turned out the threat was made in a fake account unbeknown by the young man who has now gone to the police.

The man claims the offensive tweet was made by friends who used an image he sent on a WhatsApp group of him posing with Good Morning Britain presenters Piers and Susanna Reid.

The tweet read: “Just got my photo taken with Piers Morgan and Susanna Reid. What a complete [expletive] he is #shallopenhimup.”

Piers initially responded with: “Awww, so brave! Next time, have the balls to say it to my face, you snivelling cowardly little twerp.”

But after being contacted by the actual man, Piers explained what had happened to his followers.

He wrote: “UPDATE: I just spoke to the real Kane Finch. He posted this photo to a WhatsApp group & one of his ‘friends’ then re-posted it (along with others) incl vile abuse to a fake Twitter a/c in his name. Now in hands of @sussex_police.”

The real Kane Finch reported it to the police. Nothing to do with me.
He is extremely angry & upset about what his friend did to me, @JohnBarrowman & others. https://t.co/aAsrJWNXet

Derogatory comments were also made from the same account to John Barrowman and members of the TOWIE cast.

Piers told followers: “The real Kane Finch reported it to the police. Nothing to do with me.

“He is extremely angry & upset about what his friend did to me, @JohnBarrowman & others.”

John Barrowman had also shared the tweets but later took them down.

Read more: Coronavirus crisis: Piers Morgan demands Brits ‘put the health of our elderly ahead of us enjoying ourselves’

Speaking on an Instagram video he said: “I’ve just been told, I’m on the phone right now, that Kane was there and was having a great day and took those lovely pictures, and he posted them on a WhatsApp group with friends.

“One of his awful friends created a fake account and posted all those pictures with all those horrible words not only to myself but to Piers Morgan and some of the TOWIE guys.”

He added: “So I’ve taken down the posts immediately and apparently Kane Finch is in a bit of a state today and Sussex Police are now involved.

“I am sending my apologies for that last post and I took it down because we found out the truth, but here’s the thing, bringing things like that to light you, you begin to find out the truth and who’s behind it because the person who has done this to Kane now needs to understand what they have done is incredibly bad and wrong.

“Let’s leave it in the hands of the authorities now.”