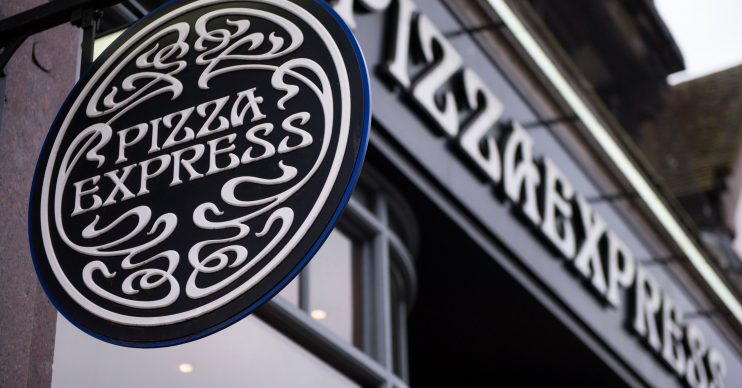 Fans have reacted with shock at the news that Pizza Express is set for crunch talks with its creditors over its debts.

The high street pizza chain has reportedly hired advisors to guide it through debt talks with its creditors amid tough trading conditions for UK restaurant chains.

Autumn weekends with pizza & bubbles. Perfect. With our new ‘At Home’ Romana range, featuring the spicy Barbacoa – it’d be rude not to, wouldn’t it?! 📸@glasgowfoodgeek

Jamie Oliver’s restaurant chain filed for insolvency in the spring.

While Prezzo – one of Pizza Express’s competitions – has closed 94 of its stores.

Read more: No you can get paid to taste fudge – yes, really!

The chain’s customers reacted to the news with sadness.

One admitted they would be “genuinely devastated” if Pizza Express were to close its doors.

Others threatened to do “something bad” if the chain collapsed.

Unpopular opinion: chain restaurants are usually naff but Pizza Express is actually good and i’ll be sad if it goes under.

Diavolo on a romana base. Lovely 🤤

If pizza express closes I will do something really bad

Pizza Express isn’t really my thing, but it makes me so sad if they go bust, I’m sick of seeing so many British establishments disappear— I still can’t get over the demise of Woolworths and BHS 😩😭

Others joked about a rebrand, should the chain fold.

Going to be genuinely devastated if Pizza Express folds. And not just because that would make it Calzone Express.

WE CAN’T LET PIZZA EXPRESS FOLD! I like my pizzas flat 😭

Others commented that it didn’t come as much of a surprise that the restaurant was in trouble, given its prices.

Not hard to see how Pizza Express got in trouble. Just look at the prices. pic.twitter.com/dZ0RSUO4ac

Makes sense that Pizza Express has to close if it doesn’t have enough dough.

Meanwhile, some tried to rally the troops in a bid to save the eatery.

If anyone is thinking of going out for dinner this week, choose pizza express, it’s about to go bust and as a country we need to save it

I think we need to do a national campaign to make sure everyone has lunch at least once a week at Pizza Express in order for it to survive… pic.twitter.com/c7dIa5aPXE

What do you think of Pizza Express’ reported struggles? Head to our Facebook page @EntertainmentDailyFix and let us know.