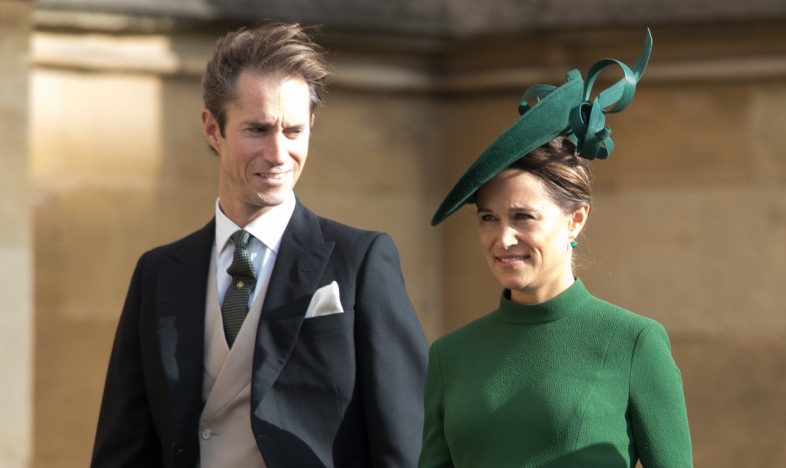 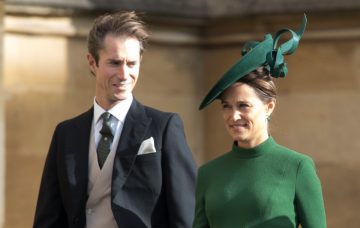 The Duke and Duchess of Cambridge have shared their delight after Pippa Matthews (née Middleton) gave birth to her first child!

The 35-year-old, who is Kate’s younger sister, and her businessman husband James Matthews welcomed a baby boy on  Monday at 1.58pm.

He weighed 8lbs 9oz. A name has yet to be announced.

Kensington Palace issued a statement saying: “The Duke and Duchess of Cambridge are thrilled for Pippa and James.”

A statement from Pippa and James’ representatives added: “Everyone is delighted and mother and baby are doing well.”

She looked absolutely stunning in a bottle green dress, that highlighted her baby bump, and a matching hat.

It was Pippa’s second Royal Wedding of the year, after she attended The Duke and Duchess of Sussex’s nuptials in May.

She announced her pregnancy in June, breaking the news in her Waitrose magazine column.

Pippa, who became a household name after serving as Kate’s bridesmaid during the Royal Wedding in 2011, married hedge fund manager James last year.

He’s the elder brother of Made In Chelsea star Spencer Matthews, who has just welcomed a child himself, after wife Vogue Williams gave birth to their son, Theodore.

Spencer has always declined to speak about his brother and Pippa’s pregnancy in public, pointing out they are a very private couple.

However, he did tell Hello! Magazine recently he is pleased his son will grow up with a cousin around the same age.

“They’ll be fantastic parents and we’ll all be very close,” he said. “It’s nice our children will be of a similar age and we hope they’ll be close as they grow up.”

Pippa will also be able to turn to big sister Kate for parenting advice.

The Duchess of Cambridge is a mum of three to George, Charlotte and baby Louis, who was born in April.

Meghan and Harry announced their happy baby news on Monday, shortly before Pippa was seen arriving at the Lindo Wing.