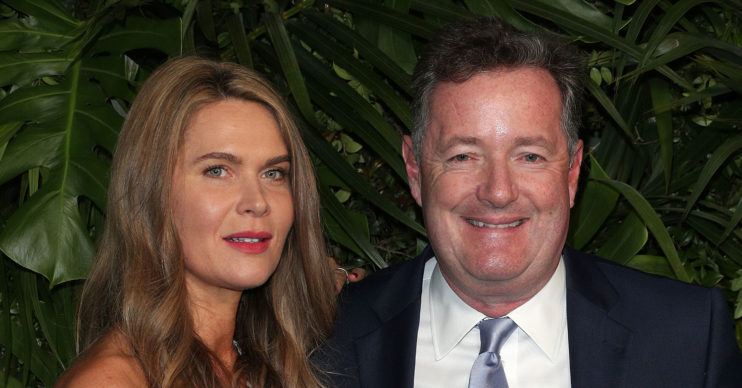 Celia Walden, wife of Piers Morgan, is showing off an incredible hair transformation.

The mum-of-one, 44, explained that she’d spent hours in the salon after attempting to cut her hair herself.

As of July 4, hair salons have reopened across the UK, after months of closure due to lockdown.

The journalist shared with her some 21,000 Instagram followers the stunning results of her salon trip.

Holding up her luscious locks, it appears in addition to a haircut she’s had a mixture of low and highlights.

Donning a floral kimono, it is fair to say that her lengthy trip as the hairdressers was well and truly worth it.

Read more: Piers Morgan reunited with his mum after 114 days

She captioned the snap with: “Only took three hours and a team of professionals to undo the damage I’d done with the kitchen scissors. Thanks @rickyandthe64 and @vickythearhair #salon64london.”

Fans rushed to praise her new do. One user wrote: “Now that’s a hairdo!”

Only took three hours and a team of professionals to undo the damage I’d done with the kitchen scissors. Thanks @rickyandthe64 and @vickythearhair #salon64london

And another quipped: “Piers could do with a few of your off-cuts!!”

In addition to trimming her own tresses, Celia also had a go at cutting Piers cut while in lockdown.

Piers returned to GMB in May and explained that his new hairdo was due to his wife’s best efforts.

However, he complained that the results were of a “Tintin mop”.

He said on Good Morning Britain: “My wife did my hair yesterday, aided by my eight-year-old daughter.

“There were quite a few uncomfortable ‘oops’ and ‘oohs’ but that’s what we are reduced to.”

Celia is Piers’ second wife and they have been married since 2010.

They have eight-year-old daughter Elise, together.

Her cheeky caption included: “Once every century the perfect couple comes along and redefines the way other couples view love.

“We are totally not that couple. Happy 10th anniversary, Piers.”

Meanwhile on Piers’ Instagram account he shared a similarly comical tribute in view of his some 1.2 million followers.

He wrote: “10yrs ago today… I made an honest woman of Celia.

“And her lawyers hoped it would never last! Happy Anniversary to my considerably better half.”