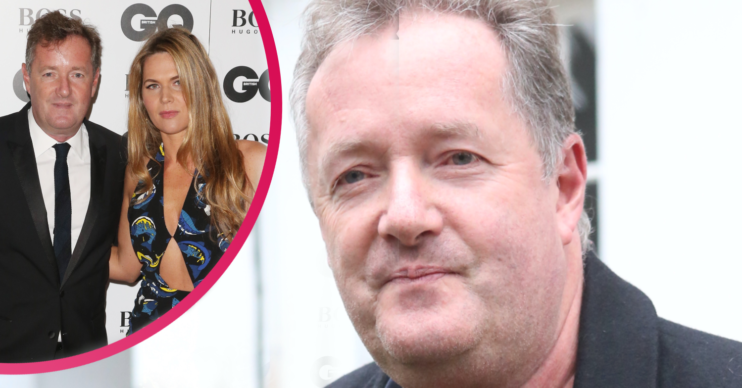 She agreed with the poll win!

In the latest Piers Morgan news, the presenter expressed his surprise when he won an award for being the most attractive male to women after they’ve had a few too many to drink.

And she’s one of them!

What is the latest Piers Morgan news?

In his diary in the Daily Mail newspaper, Piers registered his surprise when he won his latest award.

However, it wasn’t quite the accolade he was expecting.

Piers beat out Simon Cowell and Jeremy Clarkson to win ‘Most Popular Beer Goggles Pin-up’ in a new poll.

This means that women only find him attractive when drunk.

Initially thrilled to win, he said: “The more I thought about this ‘victory’, the less complimentary it felt.

“‘What nonsense,’ I spluttered indignantly to my wife Celia. ‘I can’t believe women only find me hot when they’re drunk’.

In that poll, he beat out Ant and Dec, Eamonn Holmes, Harry Redknapp and Phillip Schofield.

People are weird aren’t they? I only married him for the handbags.

Upon receiving the award, Piers said: “I think Heat magazine readers are just a more discerning kind of magazine reader, they have a very high bar for their aesthetic likes and this has proven it.”

Celia, meanwhile, chipped in: “People are weird aren’t they? I only married him for the handbags.”

Celia has put Piers to work

It’s not the first time Celia has taken her husband down a peg or two.

Soon after he quit the ITV breakfast show, she took to Instagram to show fans what Piers had been up to.

She revealed that she had him sorting the housework.

Celia captioned an image showing Piers with a vacuum cleaner in his hands: “I want it all done by the time I get back from work.