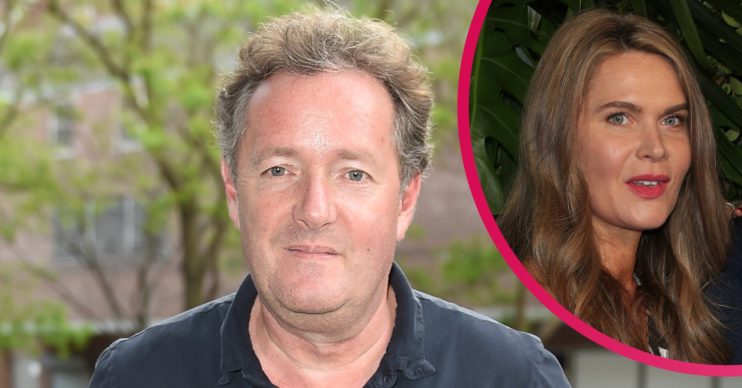 Celia managed to get her hands on the novelty toilet paper

Piers Morgan’s has been mocked by his wife Celia Walden who says she’s “proud” to own toilet roll with her husband’s face printed on it.

Poop on Piers appeared to take pride of place in the couple’s London home as Celia snapped away.

Alongside the toilet roll shot, she shared: “A proud moment for any wife.”

Fans were left in hysterics over the novelty gag, with one saying: “Classic comment, Celia!”

Another wrote: “Do they do a quilted version?!?…Surely he belongs on higher quality paper!?!?”

A third suggested: “I wonder if this will become this year’s must-have Christmas gift.”

Celia’s post comes days after the Good Morning Britain presenter, 55, revealed you can buy toilet paper with his face printed on it.

He shared a shot of the personalised loo roll with his 1.2million followers, telling them: “This is real, and apparently selling like hotcakes”.

It certainly isn’t the first time Celia has made fun of her famous husband.

Last month, the mother-of-one insisted Piers deserved to be “fat-shamed” in her Telegraph newspaper column.

Piers said on the ITV show that his wife wrote: “I have no issue with my husband’s GMB co-host calling him a ‘chubster’ on live television.

“He, like me, is of the belief that a little bit of fat-shaming where it’s due can be a good thing, and there’s something shameful about the amount of blue cheese and Bordeaux that man’s put away over the past six months.”

She continued: “Moreover, the insults will actually help him lose the weight, he rightfully insists.”

When did Piers and Celia meet?

Piers and Celia first began dating in 2006, while he was still married to first wife Marion Shalloe.

The couple later wed in Oxfordshire in 2010.

Celia has previously revealed how their daughter Elise has her dad wrapped around her little finger.

Speaking on Lorraine, she said: “Elise definitely puts him in his place!”